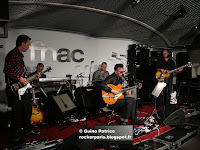 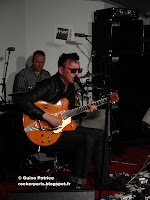 40 min free showcase @ Fnac store in Paris for Richard Hawley, strangely enough not too many people turned up for this free gig, yesterday's show @ Bouffes du Nord was sold-out.
Go figure it out !
They've missed something, classy gig with full band and gear with Richard Hawley before going back to London.
He sat down on a chair for the whole set as he broke his leg in Spain, he didn't need to stand up as every song he played was a slow and "classy"song. Great songwriting and arrangements.
I've never really check what he has done musically as he played in Pulp and I've always hated all these English pop bands back in the 90's.
Big mistake...at least for Richard.
setlist:
1)Don't stare at the sun
2) Seek it
3) Lady Solitude
4) Before
5) Open up your door
6) Woods 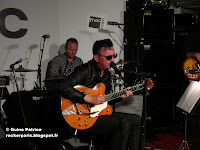 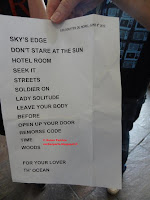