Updated Jan 25 with links to videos 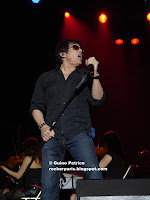 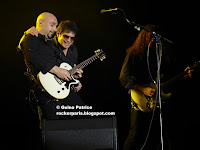 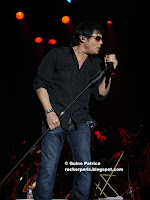 "Rock Meets Classic" What's this ? A few years ago there was the British Rock Symphony with singers like Roger Daltrey, Paul Rodgers, Alice Cooper playing pop-rock covers with a classical orchestra, I guess it's the same concept, we shall see...

Apart from Deep Purple's Ian Gillan and Toto's Steve Lukather the other singers are completely unknown over here so it's not a big surprise to see when we get into the Zénith that's it's a (very) small Zénith (2500 capacity).
Literally there's no standing pit and only a few rows on the floor and the stalls are half empty.
In fact from what people told me they only sold around 800 tickets. Hard to believe.
Maybe a lack of publicity or the tickets were too expensive, in Germany this Rock meets Classic is playing in front of sold out arenas.
There's a classical orchestra in the back (30-40 musicians) & the Matt Sinner hard rock band.

In fact there's almost no classical music at all apart from a couple of intros, after a a good version of "Jump" sung by one of the backing vocalist we have the first "star" of the night Jimi Jamison singer from Survivor who was consider very seriously to join Deep Purple but his managers didn't wanna let him go so Joe Lynn Turner was hire.
The man has a great voice he's playing His songs (AOR music) with some classical arrangements for the orchestra, it will be like this for the whole show.
Cool set 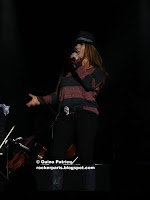 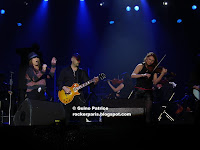 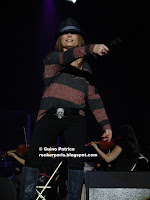 Female pint-size american singer Robin Beck is playing a few songs, she's sexy and has a great voice but she's dressed like shit and looks more like a (sexy) house-wife who's been ask to sing a couple of tunes.
Another soft rock singer that would please american audiences but here in Paris ? 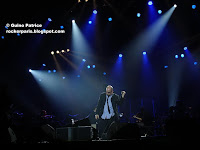 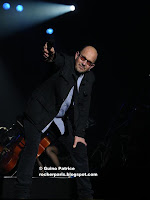 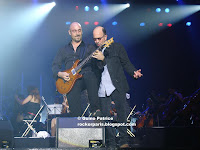 4 songs :You're the voice,Davy's on the road again , Blinded by the light ,The mighty Quinn

Then we have Chris Thompson , Chris Who ? Another completely unknown singer in France playing songs that nobody knows.
He's doing his best to get the audience of 40 something standing up, it's not bad but it's difficult to appreciate songs you've never heard from a guy you don't know.
Overall good first part before a 20 min intermission
Intermission 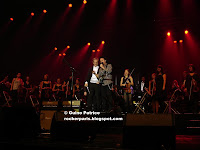 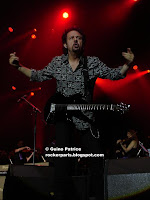 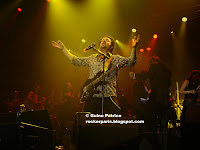 Luckily Steve Lukather is rocking with his Toto covers and the guitar playing is neat, nice George Harrison cover too
Great set
full review in the morning 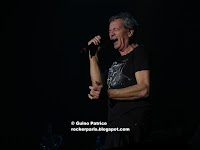 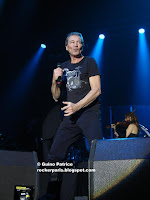 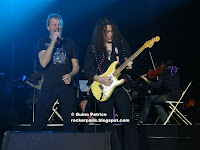 Last in line is Deep Purple singer Ian Gillan for some Purple songs, Ian looks a bit tired and his right foot is in a cast but he's gonna deliver a great performance, can't go wrong with songs like this. Great to hear "knocking..." at last(here on video),Deep Purple should play it. 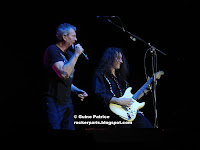 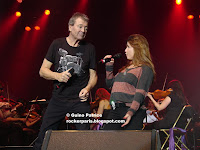 For the last song all the singers are joining Ian for a very good rendition of "Smoke on the water". 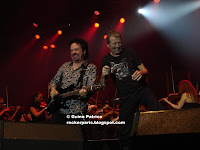 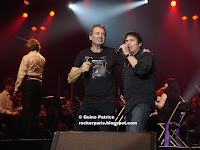 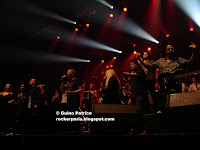 "Smoke on the Water" (click for video) with everybody 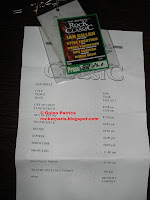 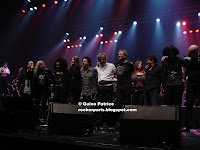 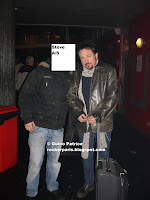 Good show with some great songs but I'm not too sure about the concept.
Rock Meets classic it's more Classic rock with some classical musicians for extra flavour.
This might be popular in the USA or Germany but over here in France?
Or maybe with other singers because who knows jimi Jamison, Robin Beck & Chris Thompson ?
Overall good first part and great second part but it sounded more like a rock version of "Age tendre et tête de bois"

Don't forget to check our reviews of: