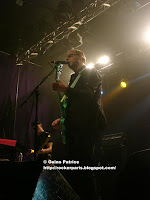 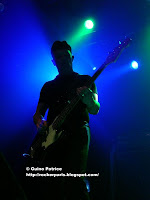 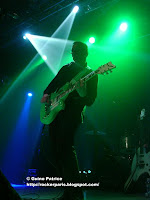 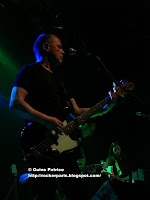 Post-Punk band Wire is back in Paris after playing a sold-out show @ Point Ephémere in February ( If I can remember well).
We have a good support band Lonesome Bulldog, well in fact it's just a guy on guitar, vocals and percussion (with his feet). Cool rock songs with a bit of Punk thrown in. 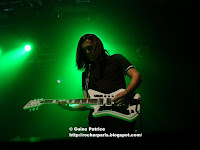 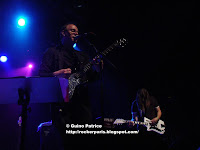 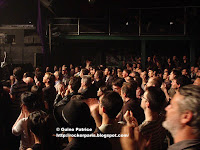 Then we have Wire in front of a 90% male audience, we don't know the band AT ALL, Post-Punk has never been our cup of tea and I have to say that we were a bit afraid after the second song very martial, like some German rock and fast, Heeuuugh !
In fact No they have some noisy songs but most of them are very atmospheric, well it's still with balls of course, a bit of a cold & heavy Joy Division.
Funny how the guitar player and singer looks like a Maths teacher, the bass player sung a couple of tunes.
There's a new young guitar player (not from the original line-up) that looks like Evan Dando from the Lemonheads.
No communication with the audience, they are very serious, apart from the usual Thank you at the end.
Of Course there's always a drunk fucker that get on the stage and was pushed back by the singer, I think the only sentence he said to the audience was " If you ever get back on the stage, I will fuckin' kill ya"
Good show
90 min set with two encores (see setlist for details) 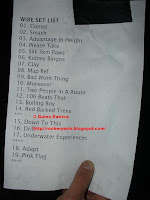 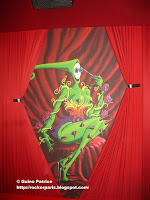 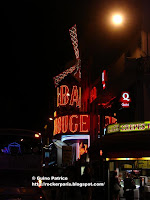