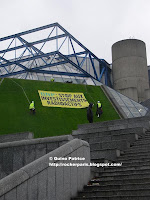 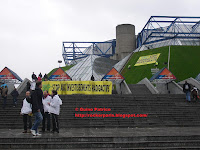 Paris Bercy Arena is full of cops (well... at least a dozen) as Greenpeace is demonstrating in front of the Arena and giving out flyers to the audience.

After going to so many concerts it's always interesting to see something different, couldn't go this week but couldn't miss the semi-finals with two french tennismen.
First is Llodra vs Soderling, good match but Llodra broke down in the last set, too bad but congratulaions , that's his best performance ever on the circuit. 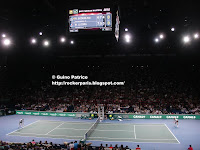 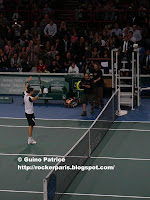 Then Monfils vs Federer, it's another level with these two players, the match was great and tough all along the 3 sets.
Monfils broke down a bit at the end of the 2nd set and completely at the beginning of the third, he came back miraculously at the end and after a very difficult tie-break won the match. 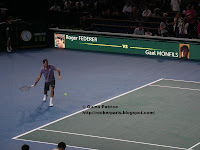 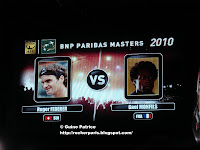 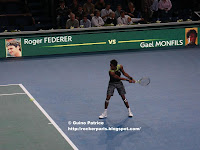 Funny to see Federer, this guy doesn't show any emotions, he's a Terminator a cold killing machine but Monfils was the best today. 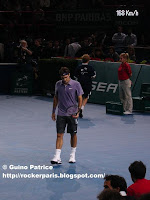 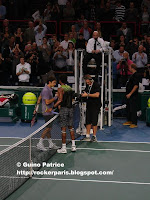 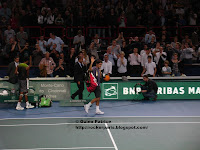