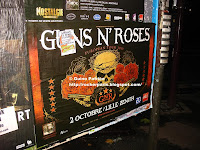 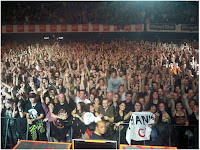 Patrice wandering in an empty Zénith @ 3:00AM/ Poster for the show/ (C) Ron Thal, Can you spot the Angelo ? 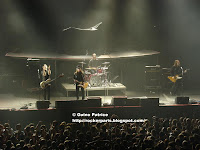 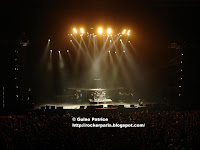 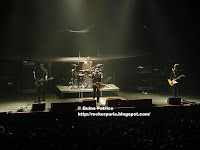 After seeing GUNS N ROSES @ Paris Bercy and @ L'Arc Club the day after (scroll down for links to dozen of great Pics & Exclusive videos from both shows) we had to do another show on this tour.
Lille is not very far from Paris, a couple of hours drive, and the Zénith is really a great concert hall, the front stalls are very close to the stage and it's like an amphitheatre , from everywhere you're seating the view is perfect.
It's probably also the smallest hall in which Guns N Roses have played on this tour with a capacity of less than 7000 and is situated in the city center.

First we have Imperial State Electric for a 50 min set of good & sleazy Rock'n Roll à la Hanoi Rocks meets Kiss, much more better than those shitty Murderdolls we had in Paris.
Axl is watching them from the side of the stage but it won't prevent him from making us wait more than an hour as GUNS N ROSES took the stage at 10:30PM 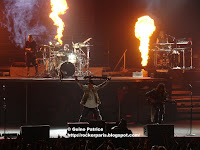 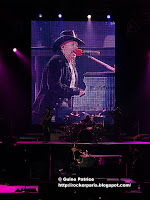 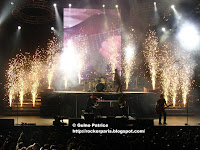 The more I see them the better I like them, The sound is neat and the view from the first row of the stalls is perfect.
Axl Roses's voice is getting better even though there are some strange effects on his voice for a couple of songs ( "Rocket Queen" for example) it's like his voice is compressed and computerized and it sounds awful. 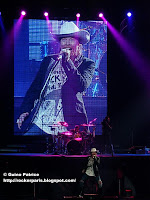 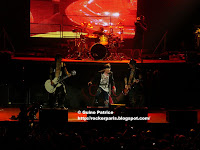 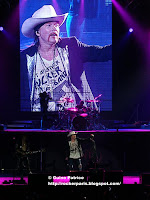 The Lille crowd is really into it, hard to find an empty seat even though they sold a few tickets on the door.
We went into the pit for the Encore and we could easily sneak in down the first rows where Axl Rose's voice was mixed very low.
The sound can be very different from where you're standing. 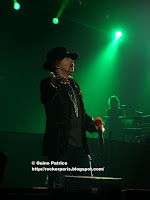 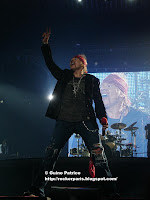 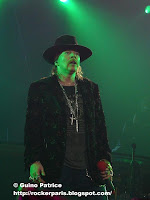 As usual on this tour, or at least for french shows, they never play the songs written on the setlist ( see pics).
Great 2h30 min gig, 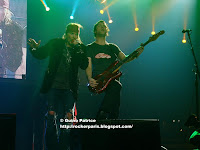 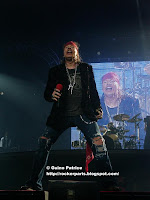 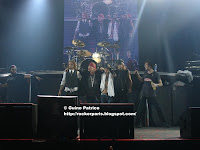 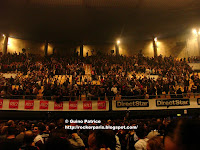 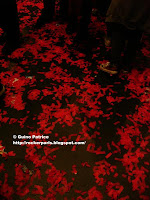 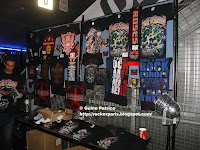 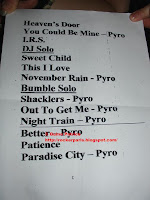 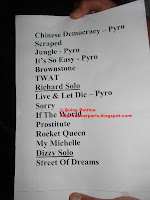 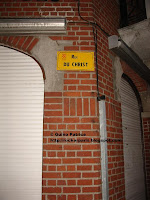 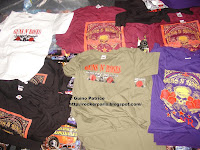 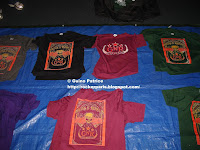 Bootleg merchandise better than the official

Chinese Democracy & Welcome to the Jungle from Lille: