The Fleshtones are back in Paris for 2 shows ( tonight and tomorrow Jan 16th, both SOLD OUT ) @ La Mécanique Ondulatoire near Bastille in Paris.
Opening band is Tony Truand ( guitar player for The Wampas and ex- Dogs )

Show takes place downstairs in the cellar in front of 150 people ( sold out ) , thank God it's forbidden to smoke in there. 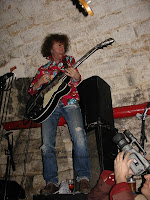 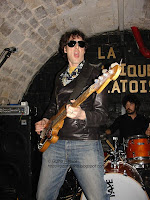 Tony Truand and bass player
Then we have The Fleshtones.
First time i was seeing them live , i have to admit i don't really know any of their music even though they started in new york more than 30 years ago. I considered them more of a punk band but in fact they're more a garage band with 60's influences of surf music and Rhythm & blues. 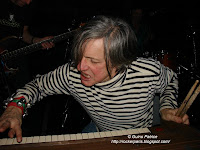 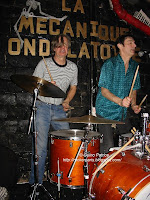 Singer , keyboard player , drummer . What else ?

They have to go through the audience to get to the stage ( if you can call this a stage ) so they started the gig in the crowd. It's chaos down the front people are getting crazy.
A few girls in the audience and a young kid ( he will end up playing bass with the band , see picture ).
The singer's a real showman and he's also playing his farfiza organ.
Lots of communion and communication with devoted fans , some kick ass rock 'n Roll and you have a killer concert.
Tony Truand came back on stage to play a few songs with them to rousing applauses .
Many songs were added to the setlist so it's not accurate.
The Fleshtones were stunning !!!
90 min of pure Rock ' n Roll 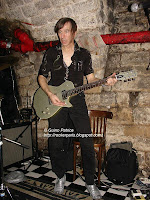 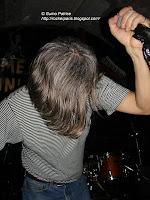 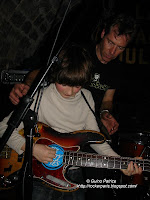 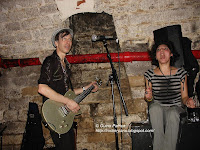 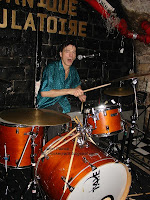 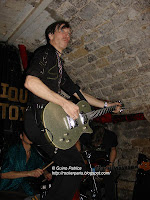 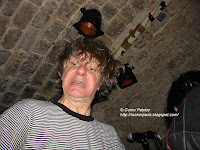 He just realised what he played on keyboards ( right ) 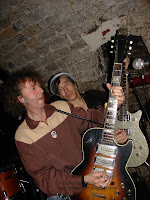 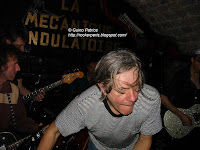 The Fleshtones jamming with Tony Truand 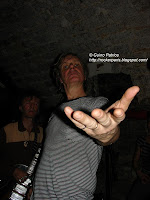 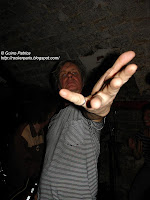 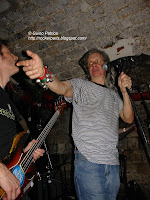 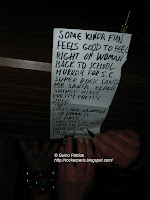