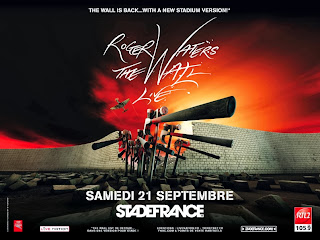 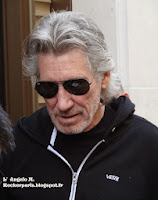 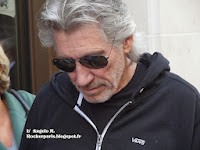 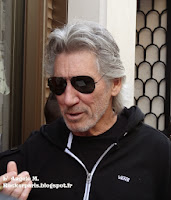 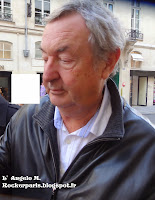 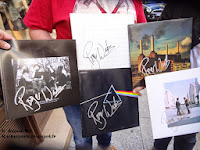 Nick Mason at the hotel this afternoon before the show 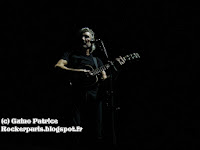 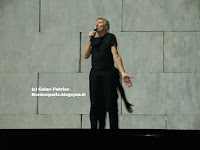 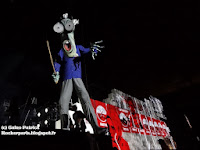 Roger Waters is playing his last show of "The Wall" World Tour in Paris. It started 3 years ago playing arenas then stadium. Roger Waters has never been so popular.

When we're making our way into the stadium, it's a good surprise it's full ( some of the press are talking about 72000 people out of a 80000 capacity).
The wall is already very impressive from the back going from the left hand side to the right hand side.
Show start: 8:40.
"In the flesh" is impressive with all pyrotechnics and the plane is going down in flames on time. 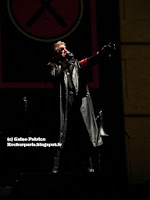 Will be too long to describe all the projections on The Wall, it's the album played in its entirety from the first song to the last with a couple of bits added and a couple of speeches from Roger.
For the people who were @ Paris Bercy , this is even more impressive: everything is bigger and projections are absolutely stunning.
This is perfect for a stadium where you don't have to be standing down the front to appreciate the show, in fact the best seat was in the middle of the pit to appreciate the full Wall projections.
Needless to tell you that the sound is perfect which is very rare at the Stade de France. 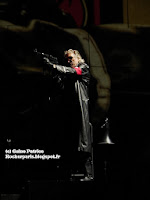 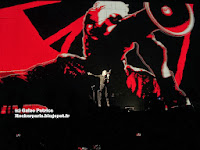 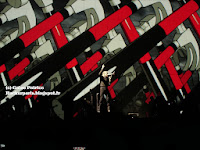 We met Nick Mason in Paris that afternoon, we thought he might join the band for the finale with all the musicians , in fact he didn't which is a shame, it could have been fun for the last show. 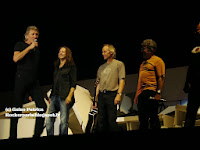 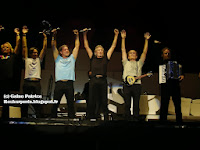 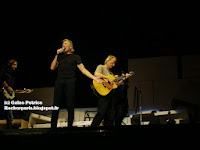 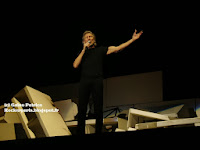 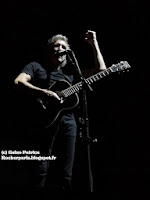 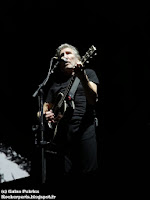 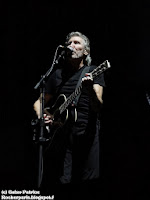 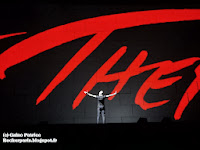 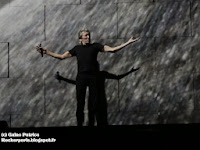 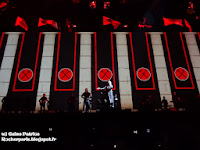 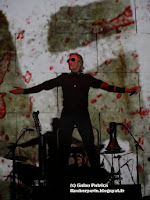 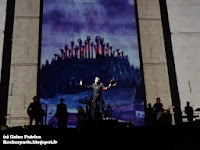 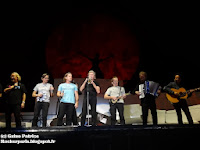 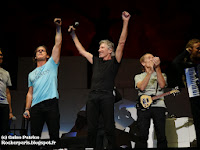 Nick Mason out of shot 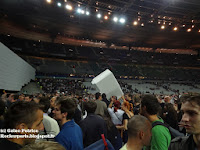 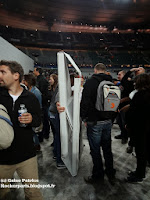 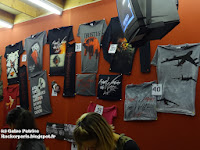 
Check our friends from Rock'n Concert for a short review and some Pics of the show.