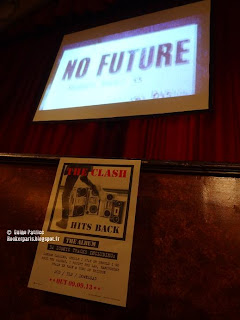 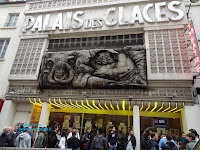 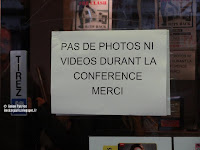 The Clash for the first time together.
Since Joe Strummer died the only time the three surviving members, Mick Jones, Paul Simonon & drummer Topper Headon are in a room together is for the promo of the brand new Boxset that has just been out. They've been doing some promo in England at the BBC at the a pop-up store in Soho.
And here they are for the first time in Paris @ Palais des Glaces where the Clash performed in 1977 (?) -correct me if I'm wrong- 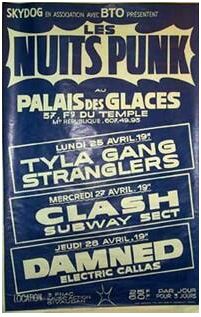 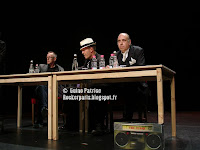 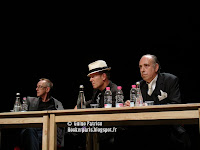 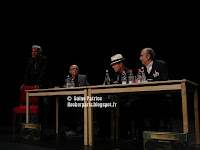 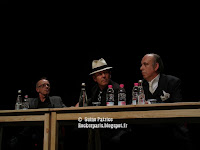 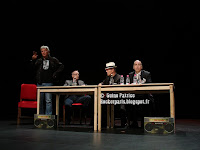 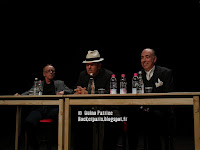 Thankfully we were allowed to take some pics at the very beginning (sorry no video), The record Cie should provide some footage later.
The French journalists seemed to be a bit intimidated at first, no one daring asking a question then things started to relax with Mick, Topper & Paul answering nicely to everything for an hour.
Not that much about the boxset (This on is the definitive & remastered perfectly") and more about their history (influences...), a few anecdotes about what happened when they played in Paris (Tear Gas, Gangs...). I can't remember Joe being mentioned or very elusively.

- They won't reform of if they played together it won't be under The Clash moniker
- Topper Doesn't play any music for years, he only "reformed" with Mick & Paul for the release and promo of the boxset
-The London exhibition will also take place in Paris and maybe NYC
-The Clash in France: almost killed by a gang in Paris when they thought they were another gang, tear gas and almost riot at Fête de l'Huma & meeting Vince Taylor
- Discovering Rap in NYC ( rapper's delight/ Grand Master Flash) and its graffiti
- Preferring playing several shows in a city in smaller venues than one gig one
- Bo  Diddley
-The new boxset is the definitive thing about The Clash


Here's the full audio of the conference

The people rushed to the stage to get their records signed, the band kindly obliged and were friendly and chatty to anyone.
Great moment 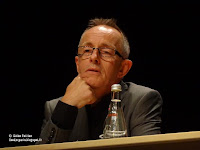 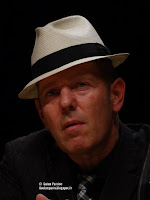 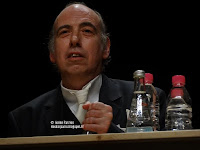 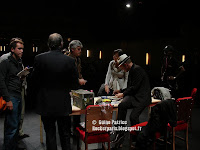 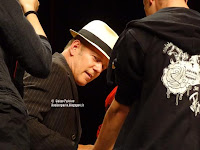 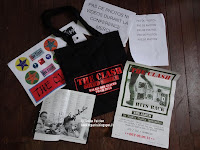 "Press Pack" and my boxset signed (only the tee-shirt is missing, couldn't get one )