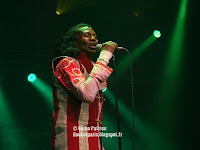 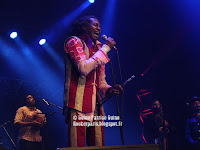 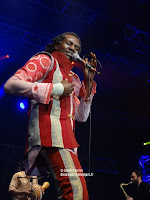 
It's packed tonight to see the return of Nile Rodgers in the French Capital. Since he worked on the latest album by Daft Punk, he's the media darling.
First we have Afrobeat band ANTIBALAS, lots of brass, very groovy with long songs, a bit as if the JBs (James Brown's famous band) were back from a trip to their African Roots.
Tony Allen was the surprise guest for the last song
Very groovy 75 min set.
Nile was on a side of the stage to take a few pics. 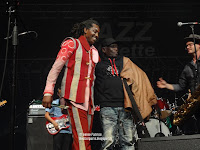 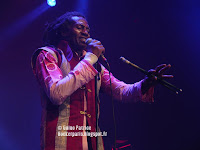 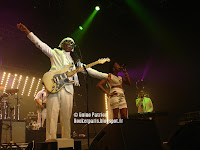 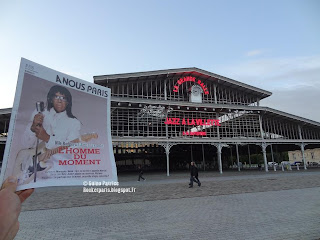 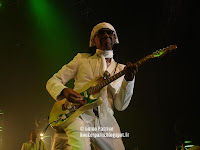 After a short intermission Nile is back on the stage smile on his face, very cool he's saying hello to people , shaking hands, signing autographs and then goes center stage to tune his guitar checking microphones. "Hello Paris, this is CHIC " Let the show begin! 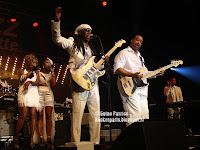 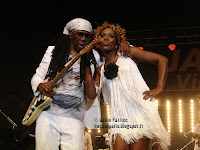 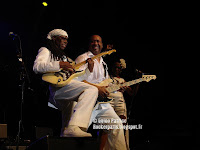 We're not in Paris but at New York's studio 54, starting with "Everybody dance", hes' dressed in white so is the whole band. Great lightning and sound is perfect. Lively atmosphere down the front.
The band is tight and Nile si entertaining us always with a BIG smile on his face.
Tonight he's letting people who don't know him that he's the master behind some of the biggest hit of the last 40 years so we have a Best of setlist of the songs he co-wrote or produced with Madonna, Sister Sledge, Inxs, Donna Summer, Duran Duran, David Bowie and even our French Sheila. And of course we have the hits of CHIC. See setlist below for details 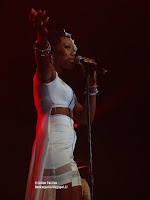 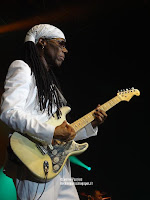 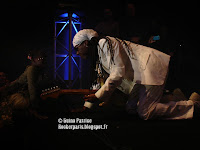 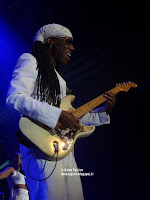 Can't go wrong with all these great groovy songs, the backing vocals girls (who are also taking lead) are hot as hell so is the atmosphere in the audience.
Nile is inviting people to dance on stage for the last song, Let's party !!!

hard for the band to leave the stage while the PA is playing daft Punk's latest single to full volume and Nile to thank the audience for the 10th time tonight for the great reception he had.
Great gig !!! 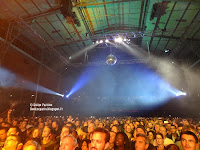 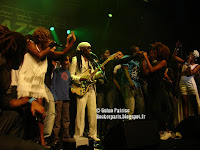 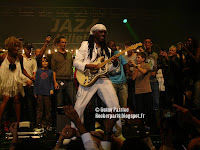 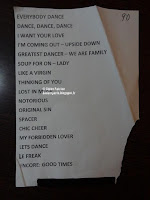