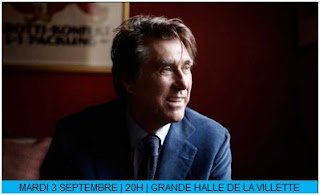 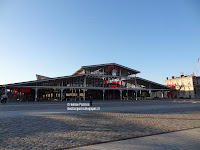 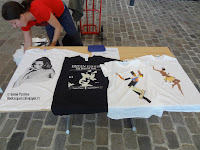 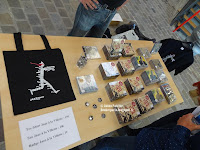 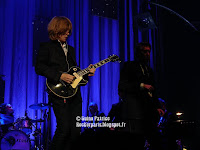 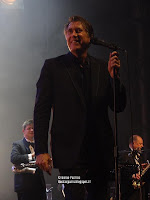 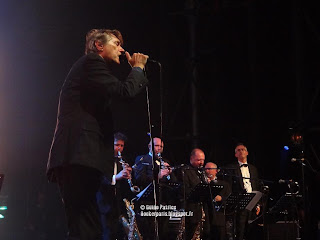 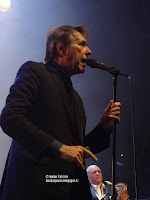 It's been a long since we last saw Bryan Ferry, apart from a Q&A @ Fnac store to promote the Olympia album. It was at the Grand Rex in 2007.
This year he has just released a jazz album and he's playing tonight with his orchestra, all dressed up in tuxedos, the band is playing songs on their own, pure jazz. Everyone is listening politely, hoping that Bryan will turn up to his own gig, he's making his entrance on stage after 6 songs with "Love is a drug" could have been worse !
Songs are a bit re-orchestrated jazz style with horns but it's also a rock concerts specially when playing with his own drummer, a sexy female: Cherisse Osei ,  and a young gunslinger on guitar: Oliver Thompson.
Many songs from his solo album , some Roxy Music and a few covers (see setlist below for full details).
The set is divided in several parts: Jazz / Pop-Rock / Horns orientated / soulful with some neat backing-vocals from the two girls and more rock at the end.
As always with Bryan it's very classy and the girls from the audience are standing up and dancing in the aisles and getting down the front to get a closer look to their childhood lover.
After an average start with jazz instrumentals Bryan won the audience over with some classy vocals-great songs and some kick ass rock versions at the end
great gig. 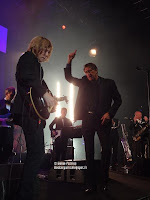 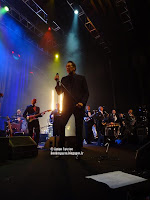 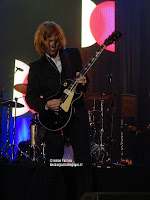 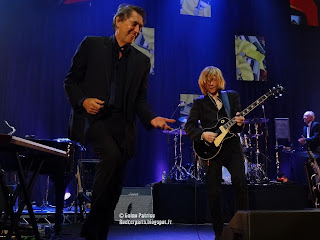 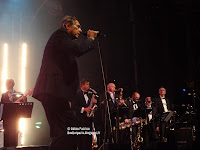 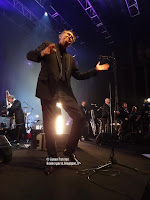 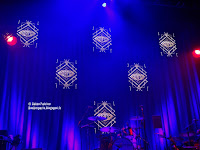 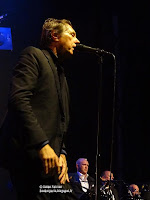