Another small gig by Peter Doherty after the one @ Bus Palladium on Tuesday, tonight it's in a creepy bar in Pigalle, his new HQ. Those bastards are charging 10 euros (with a drink) not sure if this bar has a license for that...well, not our business anyway.
We're a bit late but just in time as Peter has just arrived, lots of people in front of the improvised stage in the tiny bar but it's not packed.
We're trying to find a good spot on the side that's when we noticed that Drew is there with Mick from Babyshambles, so this is our first babyshambles' gig in a very long time, can't remember last time we saw them. -(According to our archives probably in March 2009 when they've played a secret show @ Neo Club)-
There are a couple of amplifiers but the sound is complete crap and not very loud, Pete is intoxicated ( not a surprise) but in good spirit.
Good atmosphere ,musically that was awful but fun to attend (watch video below).
Very short set, less than 60 min. 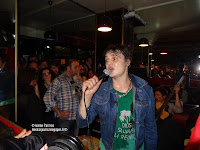 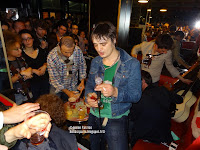 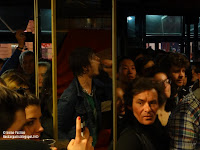 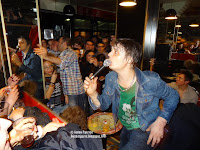 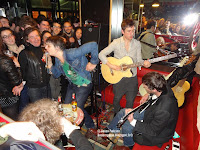 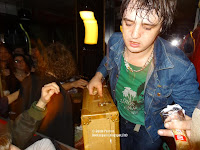