Cool 75 min set of classic rock with Duff McKagan on bass , Barrett Martin on Drums, Jeff Angel on guitar & Benjamin Anderson on keys.
Duff 's new project WALKING PAPERS is in Paris, not a lot of people tonight, it's too bad, I've heard many good reviews about the album, nothing to do with Loaded. This band is more classic-rock blues orientated.
Cool to see Barrett Martin on drums as we're great fans of Screaming Trees and Mad Season.
We were standing in front of Duff and his bass sound was heavy and greasy as we like it.
They've performed only Walking Papers songs even though some people asked for some Guns songs, Duff felt a bit embarrassed by this.
After the show the whole band went to sign cds and vinyls in the pit specially Duff.
The band left to England, they are playing in London on sunday, they will be back next summer for festivals and some more club shows. 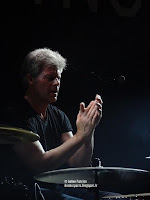 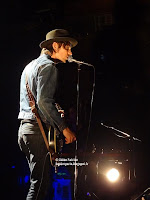 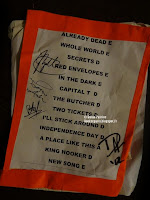 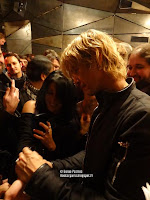 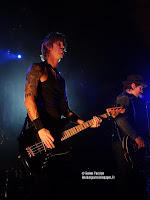 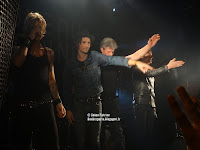 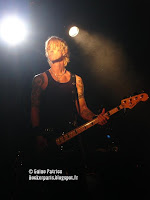 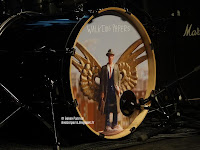 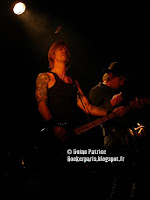 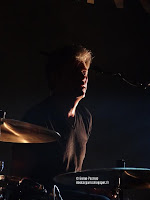