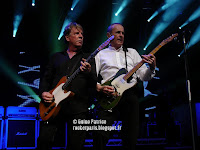 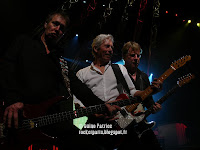 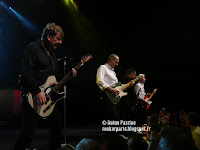 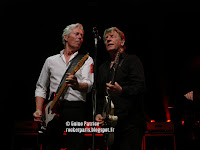 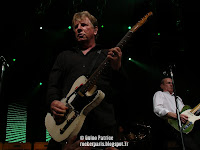 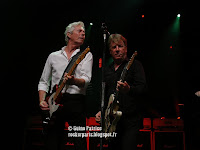 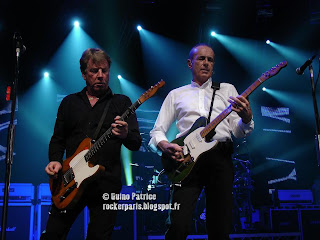 Jesus, can't remember the last time we saw STATUS QUO  live in Paris ? Probably 15 years ago even though they're playing in the French capital almost every year.
The Casino de Paris is quite full and all seated but thanks to the french Fan Club and some English , everyone is standing up and getting closer to the stage so we can boogie all night long...
It's 9:00pm sharp when the band is getting on stage, nice and bright light-show, perfect for take pictures, the sound is loud and very clear and where we are, down the front facing Rick, we can hear LOTS of guitars. It's obvious when you're listening to the video below.
As usual with the Quo , the guys are in fine form with always a smile on their faces to the dedicated fans that are probably following them everywhere on these European Tour. The guys in the first rows are all wearing the t-shirt made specially for this gig in Paris.
With The Quo nothing has changed, still the same 3 chords simple rock 'n Roll, that's what we want from them them and that's what they are giving us: no bullshit.
Just simple basic ol' Boogie Rock'n Roll ! 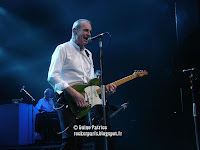 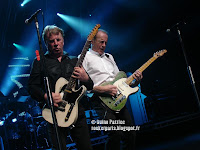 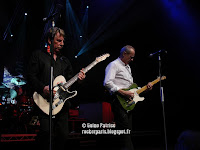 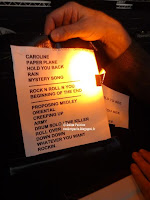 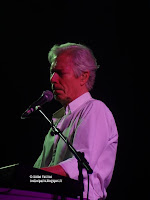 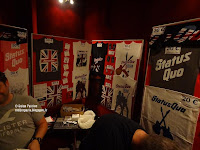 See setlist below for details, we had a drum solo in the middle and like all drum solo it is pretty useless, thankfully they kept it short. They also performed a "medley" of some of their songs.
They probably played some of the new stuff but I'm not very familiar (in fact not at all) with the latest records they've done.
Fortunately they were lots of classics
Cool 90 min set ! 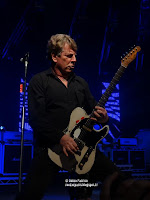 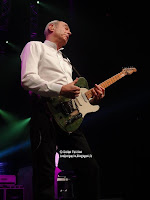 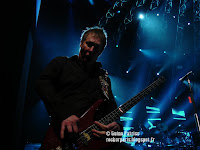 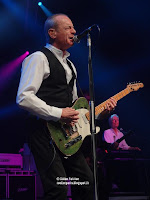