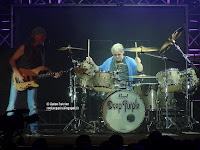 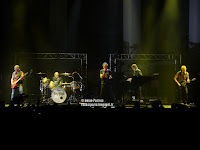 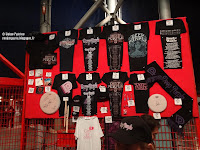 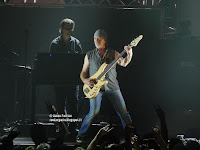 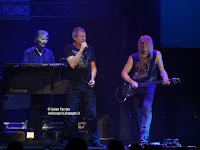 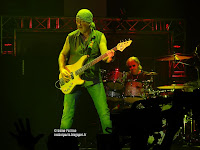 It's a packed Zénith for DEEP PURPLE , one more time should I say, the band is touring in France almost every year, playing several shows in France each time and it's packed. Good for them.
No new album this time , Once more so we have lots of classic songs, Well I guess this is what everybody wants, it's a shame as we would like to hear new stuff.
Anyway , first we have on stage a Funk band that was really crap, a bit like La Cie Creole, really don't know what the fuck these guys are doing here ?!?

Then it's time for DEEP PURPLE, as you can see it's a very simple stage with no backdrop and a very bright lightning, it's always like this with Purple they could light up two Eiffel Towers, it's perfect when you're taking Pics or recording. 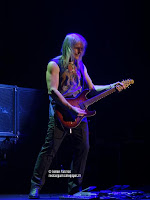 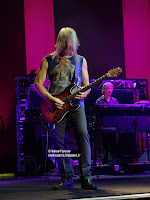 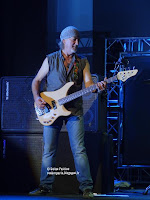 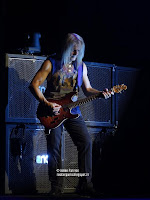 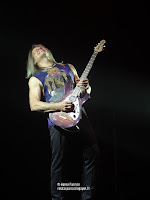 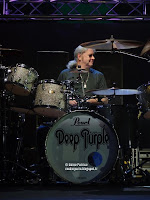 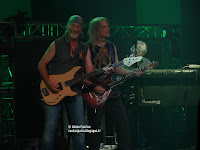 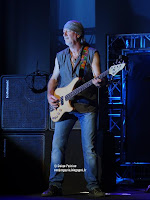 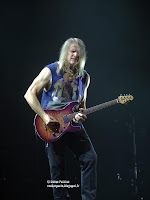 "Fireball" is a great set opener with "Into the Fire", that gets you straight in the mood.
Luckily we have songs they rarely perform like "Wasted Sunsets" from "Perfect Strangers" album which is an odd choice as there are much better songs on this album. Since Richie Blackmore left ,the band is really enjoying themselves on stage. Ian Gillan still have a great voice but you can see that the band is trying to get him some space to breath and rest his voice as we have several solo spots all along the show the first one only after 45 min with Ian Paice kicking his drums like a maniac, Don Airey maybe as a hidden tribute to the late Jon Lord has two.
We would have prefer less soli and more songs but I guess that's the only solution to save Ian's voice.
Strangely enough the band won't perform "Highway Star " tonight.
Very good show but too many solo spots. 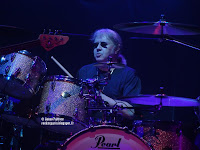 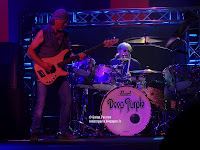 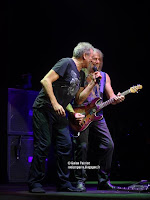 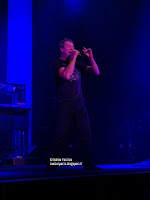 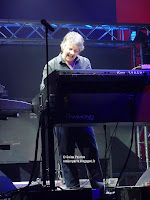 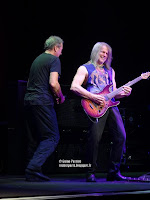 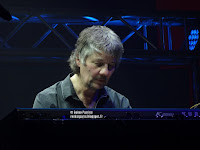 SETLIST: (may not be correct)
Fireball + Into the Fire:


One day after the band was live on the 1:00pm news on France2 tv for an interview and a live Jazzy version of "Smoke on the Water" (click for video)