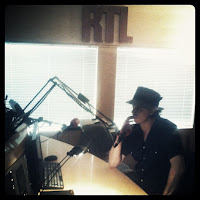 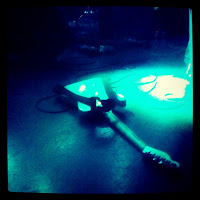 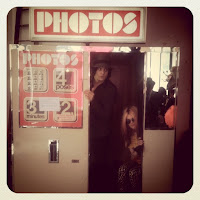 Private show in the main studio of RTL at 1:00pm for invited guests and competition winners, around 200 people, all seated apart from a few people standing up against the wall including Allison Mossheart watching the gig on the left side coffee in hand.

Jack played with The Buzzardos a kick ass 30 min show (on @ 1:12pm, ending @ 1:39pm), the drummer is really stealing the show with some heavy drumming, Jack White didn't even say Hello or Goodbye or even looked at the audience, he played his set and left , no encore.
Setlist later... but there was once again a terrific version of "Cut like a Buffalo" which is probably my favorite song Live on this tour.
SETLIST RTL Private show:
1) Missing Pieces
2) freedom at 21
3) Same boy you've always known
4)I cut like a Buffalo
5) Top Yourself
6) Ball & Biscuit