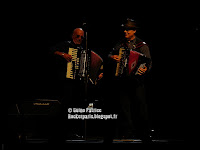 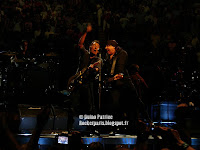 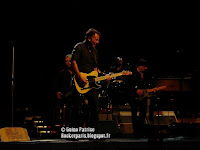 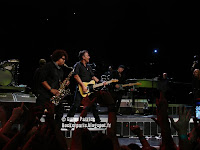 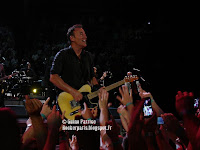 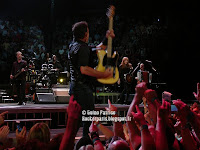 The Encore was terrific with "Born in the usa"-"Born to run" -"Bobby Jean"-"Dancing in the dark" (Here on video) for the first 3 songs. 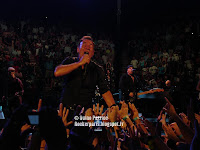 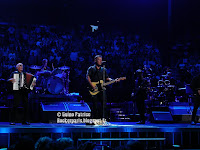 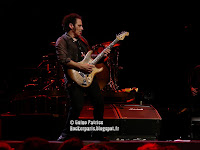 Patti was there tonight , there was lot of interaction between the two, he even kissed her one moment. 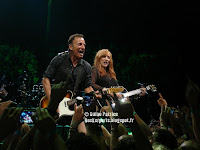 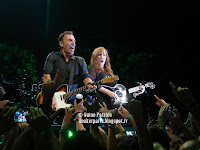 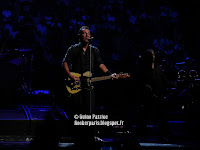 3h25 min show, far from being the longest on the tour, we were expecting a few guests, there was none, strange as I've been confirmed that Elliott Murphy would play with Bruce for the first show, He can't make it for the second. 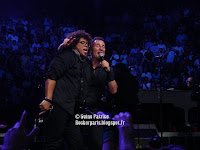 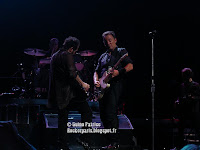 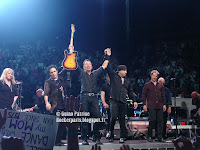 The heat in the pit was unbearable, I guess they probably switch the air conditioning off as they were probably afraid of the power cuts they already had this afternoon and just before the show.
The staff came several times down the front with bottles of water and Bruce himself gave away several times glasses of a blue beverage with ice to the first rows. 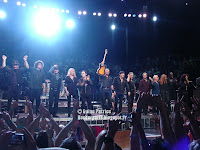 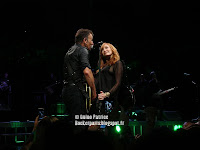 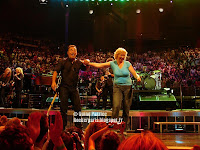 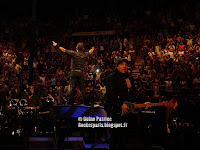 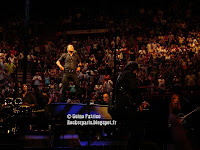 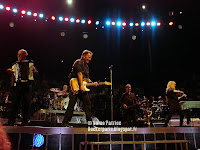 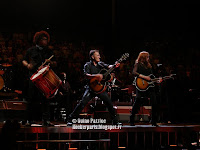 Check BruceTapes for all setlists from the latest tour and more....
Publié par Angelo Misterioso à l'adresse 2:41:00 AM