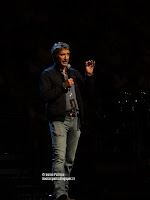 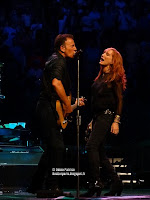 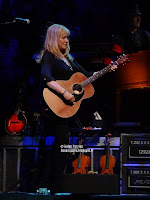 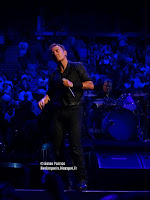 These shows were long sold-out, Antoine deCaunes is "introducing" the band... in fact not really, he just warned the audience that there were several power failures during the afternoon, there was one while we were waiting in the pit with no more electricity, and that we had to remain calm if it ever happened during the concert. 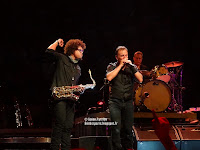 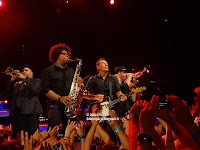 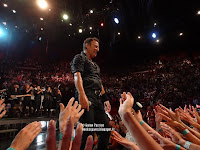 Before the first song there was a small introduction with Roy Bittan and Charles Giordano playing "La vie en Rose" on accordion. 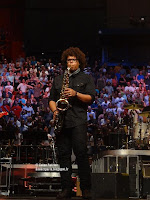 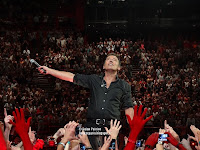 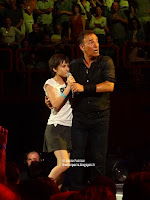 Many songs from the new album at the beginning of the show we even had a few tour première song played "4th of July, Asbury park", "easy money" and "Independence day" that played played solo by Bruce on the Piano. 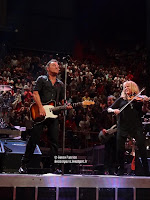 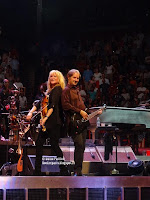 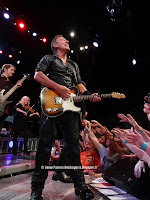 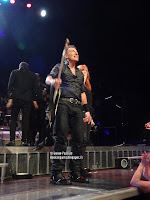 The "Appolo Medley" was also very cool with some classic soul songs.
Bruce is giving it all on stage even though sometimes his voice is a bit weak but there are the backing vocalists and the musicians to help him out.
He had a girl to sing, very badly, on "Waitin' on a sunny day" , but that was fun.
Another girl made it on stage to dance with Bruce. 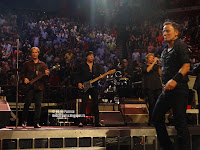 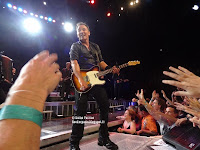 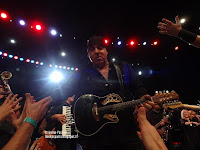 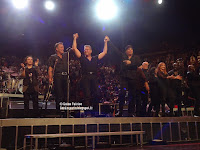 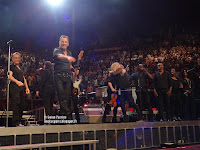 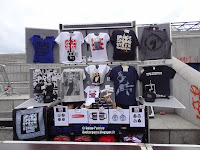