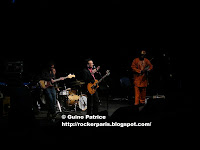 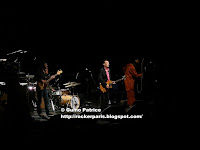 Robert Plant has a new toy: The band of Joy ( after Alison Kraus) and they're playing for the first time in Paris.
Robert already played here many years ago on the "Manic Nirvana" Tour, the concert hall has changed a lot , it is now one of the most beautiful venue in Paris ( capacity between 2500 & 4000)The Beatles have played there in 1965 and Richie Blackmore played his last show with Deep Purple in 1975. 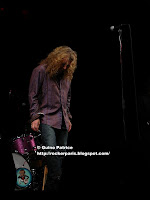 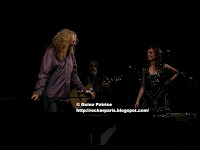 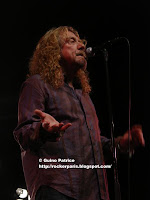 Even though the place isn't sold out it's hard to find an empty seat.
Justin Adams & friend is opening to the packed venue.Justin was the guitar player with Robert Plant, he's now back to the World Music. Not really the kind of music that I like a bit too Arabic & African for me. 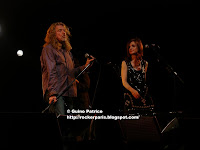 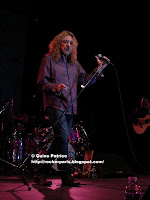 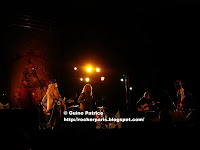 Very simple stage for Robert Plant, just a small backdrop featuring the cover of the new album and a few lights.
Very relax atmosphere as most of the songs are mid-tempo and from the new album.
Things started getting hot when Plant played his first Led Zeppelin song " Misty Mountain Hop" (click for video) and all the confortably seated froggies rushed down the front ( It was all seated).
Robert thought it was funny " Allez les Bleus" he said. 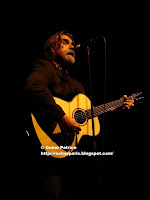 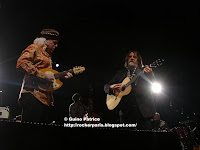 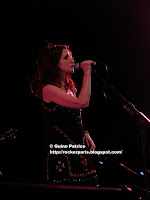 He still has a beautiful voice but doesn't really push it as the songs are really quiet maybe too quiet for some of us.
We'd like to see him rock a bit more but it won't happen tonight.
Robert was reading the lyrics to every song includin the old ones on a book in front of him. 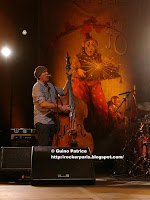 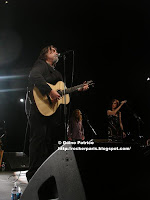 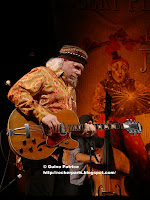 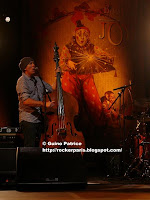 The other musicians had a solo spot first was his guitar player & producer (the old hippie with the hat above) singing one then the other guitar player sung one too with Robert on the harp in the back. 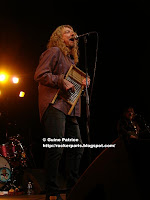 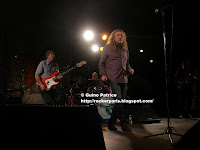 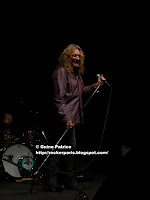 A couple of other Led Zep songs were played "Tangerine" (here on video) "Gallows pole", "Houses of the holy"and a slow version of "Rock 'n Roll" 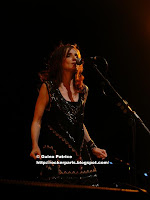 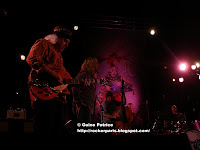 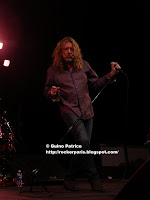 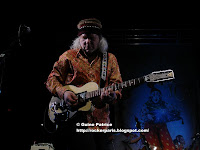 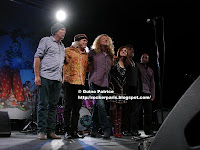 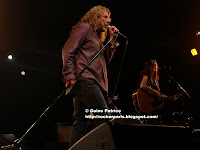 Last song was very quiet " I Bid you goodnight" as was most of the show
Good gig if you like the new record otherwise a bit too soft. 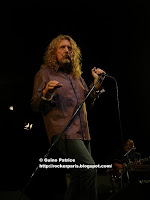 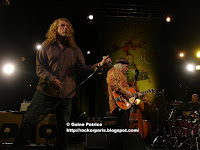 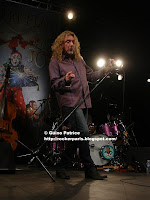 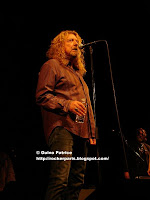 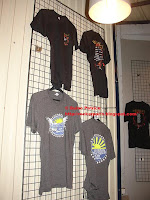