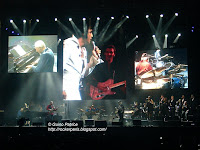 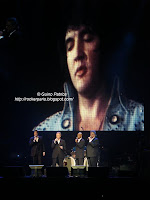 First time That I'm going to see an artist in concert that died 30 years ago.
The King is still alive thanks to the people in charge of the Elvis Presley Entreprises.
His family is king of how to make money... 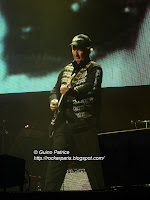 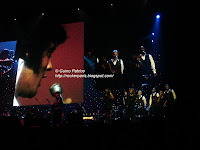 The Zénith is quite full and all seated ( probably around 4000 people) , the tickets were expensive but I cannot complain I was invited.
Anyway I've heard very good reviews regarding this... thing, they've played a couple of times with ELVIS on sceens before in Paris and I couldn't make it.
I've already seen the TCB band a couple of times @ Palais des Congres & @ Grand Rex ( click for review , setlist , lots of Pics & video; more Pics from this show HERE), the singer ( who's on backing vocals tonight) impersonating Elvis was really great. 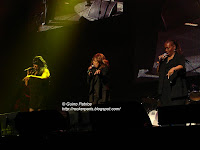 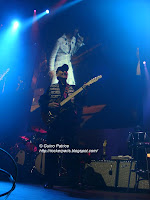 There are still a few original members from his late 60's - 70's band: Joe Guercio conducting, Ronnie Tutt on drums, Glenn Hardin on piano & James Burton on guitar.
Jerry Scheff on bass isn't playing ( hear problems ) and Nathan East from the Eric Clapton band is replacing him.
The original Sweet Inspirations are singing as well as The Imperials. 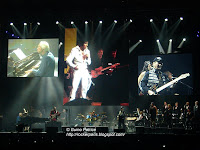 Of Course I thought I was on time and once again the show is an early start, it's 8:15 and I'm 15 min late.
I understood once i was in why it's such an early start , there's no one below 50 , well i'm exagerating a bit, there was a few kids too. 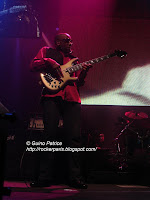 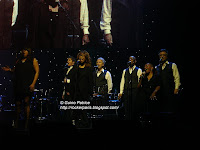 All the classics are played with images from Elvis singing between the late 60's to early 70's period, even when he's playing the late 50's songs. 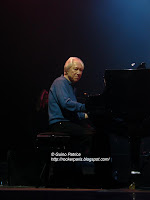 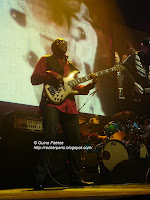 The timing between the band and the voice is perfect. 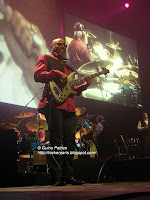 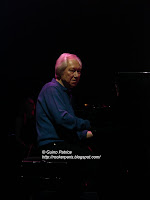 Nathan East is having a blast, much more than when he's playing with Eric Clapton. 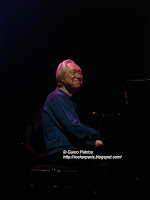 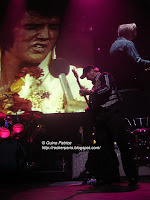 The band is on stage for more than 2 hours with an intermission half show.
No encore with Elvis and it's still the same more than 30 years after his death. 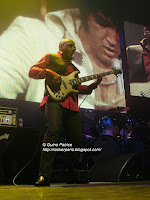 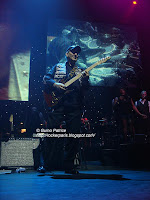 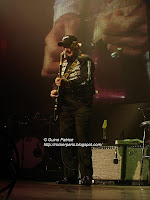 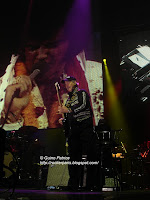 Everybody's waiting for the signal to stand up and come closer to the stage for " Suspicious Mind", no security and no barrier between the audience and the stage.
Doesn't happen very often.
Cool atmosphere. 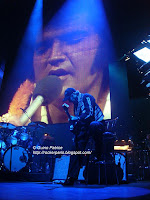 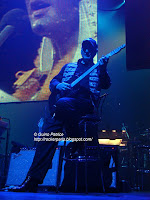 Funny to see a guy olding his 8 year old daughter in his hand telling her, " You see this guy" pointing at Ronnie Tutt " HE WAS THE DRUMMER WITH ELVIS".
I'm sure she didn't give a shit ! 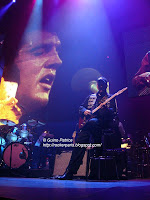 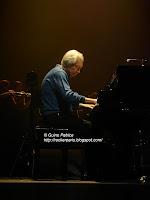 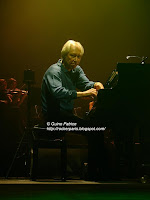 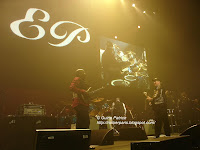 Glenn has the look 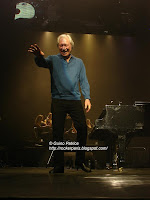 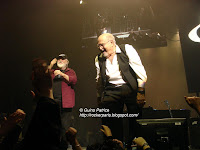 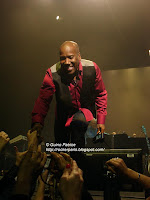 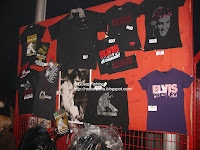 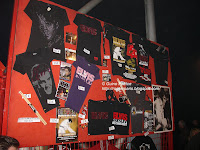