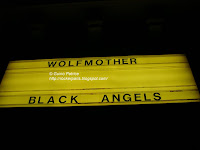 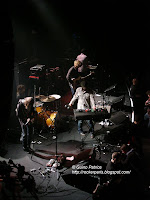 Sold-out for the WOLFMOTHER @ Bataclan. 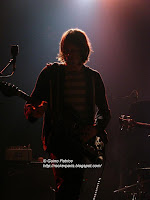 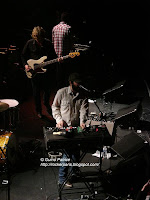 First we have Psyche-rock The Black Angels, it's a really cool set very psyche, the time machine has been set to the end of the 60's. Nice response from the audience.
Sounds a bit like a better version of the Brian Johnstown Massacre. 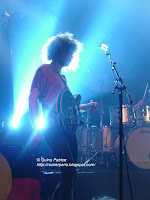 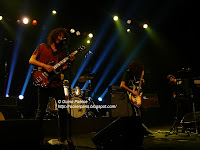 For WOLFMOTHER the time machine has been set a decade later , right into the middle of the 70's. Between Black Sabbath- Grand Funk Railroad & AC/DC. 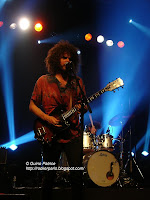 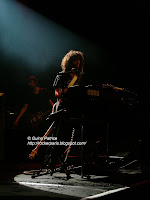 From start to finish, no time to think ; we're on a Harley Davidson riding on the freeway at 120 MPH. 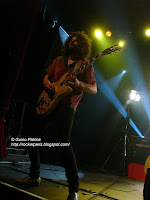 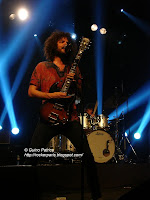 Andrew Stockdale is now the leader ( Dictator ? ) of the band and only original member.
Is it still a band ? I doubt so . It's more Andrew & Friends ( well session guys ).
Once again Andrew's guitar is covering everything, the second guitar player is almost hidden on the far right and is completely useless as it's impossible to hear him playing a single note. 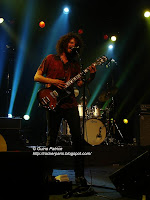 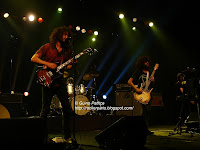 The guy is funny on stage and is making the show, he has some funny moves and is the only one allowed to walk that stage , the others are staying where they are for the whole gig. 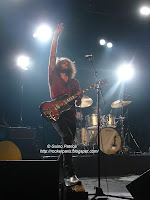 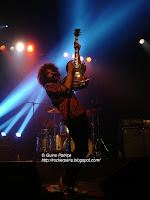 Even though the music is quite simple it is very efficient indeed.
The kind of heavy rock to headbang to. 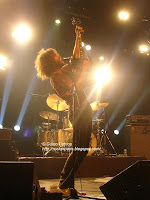 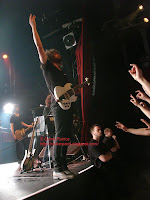 Lots of great riffs from Andrew and rock star attitude, maybe a bit too much.
Nice to hear some greasy heavy guitar for more than an hour. 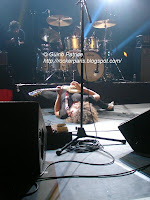 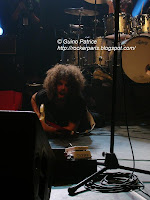 Angus Young has grown up 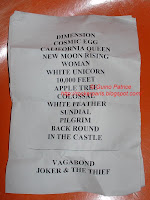 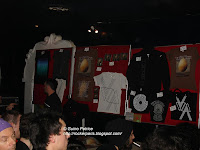 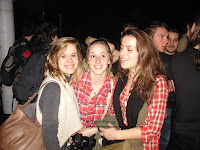