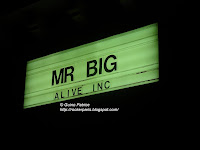 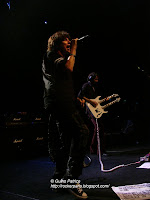 Back to the eighties tonight with Mr Big , the last time they've played in Paris was probably 15 years ago.
Same original line-up , incredible : Eric Martin hasn't changed , he's still looking like a teenager even though he's in his forties.
Billy on the left playing his bass like a semi-god , Paul on the right the "Lucky-Luke" of the guitar & Pat keeping the rythm 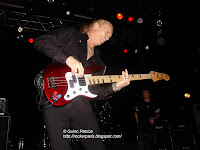 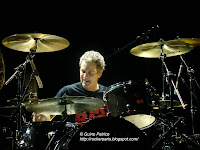 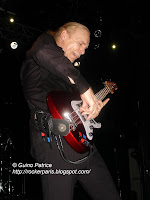 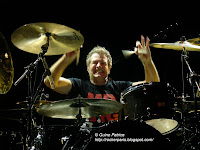 The sound , in the front is neat but the lightning is shit ( That's probably why, our fellow photographer, Patrice Guino had to used the flash which he really hates doing ). 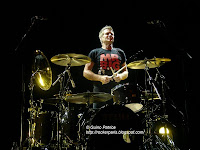 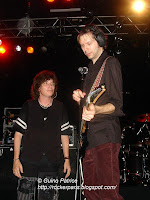 Anyway the band is on top form , always smiling and happy to be back , finally in Paris after all these years.
Many songs from their first records , some of them sounding very 80's ( meaning aging not too well ) and a few soli from each musicians in between but contrary to other bands these guys are so good in their fields that you never get bored.
Billy Sheehan is such a fantastic bass player., Amazing
Of course they've played the hits (" To be with you" , " wild world" ) and " Shy boy" ( Here on video ) from Billy's David Lee Roth fame years. Show ended with the Who 's " Baba O Riley" ( Here on video too ) 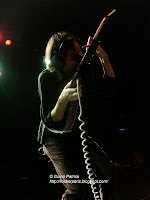 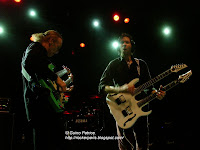 Paul Gilbert is taking a bite . 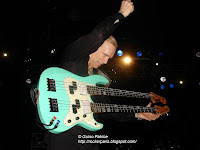 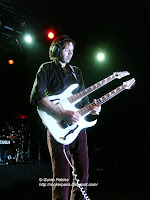 Great gig but sometimes I felt like not being at the right place with all these geezers in their late thirties down the front trying to revive their youth. 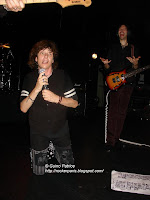 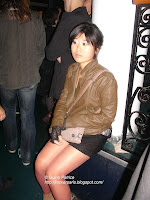 Eric Martin on his knees 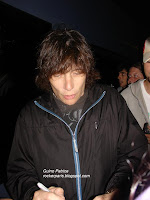 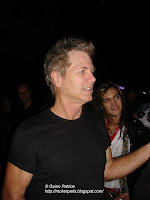 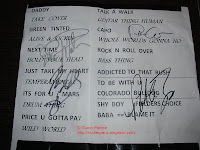