The Grand Rex is sold-out tonight for this charity event for an organization I've never heard of before. Tickets are up to 110 Euros , so not the usual concert goer but posh well dressed people and lots of classy women in their thirties.
The bill is pretty lame apart from Kasabian & Lennyyyy .
Each band is playing 4-5 songs and in between , as the roadies are setting everything up for the next artist we have the lovely french actress Elsa Zylberstein to introduced short movies on this " Peace one day" organization.

Kasabian are first on this lovely stage in one of the most beautiful cinema in Europe.
4 songs , no hits , too bad... but people didn't seem to care a lot about them.
The singer has changed a lot he's beautifully dressed with short hair , he's looking like Brett Anderson from Suede , I hardly recocgnised him.
Cool set. 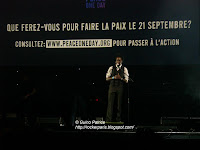 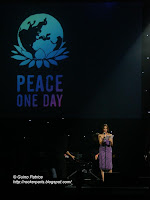 Saul Williams is taking the stage for some rap poetry.
Ayo is next , she's doing vey well in France and all her shows are sold-out , hard to believe as there's nothing wrong to say about her music but there's nothing good either.
The audience loved her.
You just have to admit that she's shining and is probably a very lovely girl but the music ...
Nevertheless her set was ok 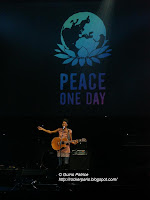 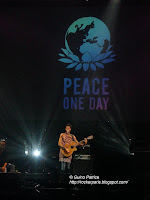 Charlie Winston is also doing very well in France too with a couple of hits , impossible not to know his songs as every radio is playing them.
The music is as good as Ayo to me but his short set was fun, with people whistling his famous hit while he tried to talk between songs.
Intermission for 20 min 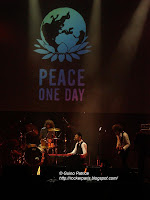 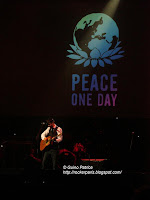 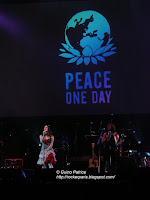 The only french singer tonight is the very boring and opportunist French female singer Olivia Ruiz, she tried to get people to stand up but wasn't very succesfull.
Charlie Winston & Ayo did better without raising an eyebrow.
Her band was good and rocking but the poor girl really sucks. 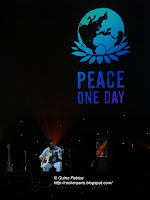 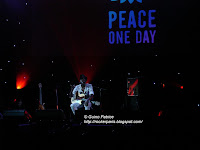 Keziah Jones is on his own with his acoustic guitar , no hits played either for him , cool guitar work. He' s the master of the blue-funk.
VIDEO HERE
Nice set.

Then the moment all the girls are waiting for Mr Lenny Kravitz himself introduced by the foxy french actress Aissa Maiga, I think I'm in love.
Anyway Mr "Rock star" is late and for the first time this evening we had to wait 5 min.
All the girls ( I mean women ) are getting close to the stage 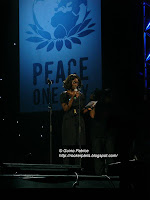 Here it is , finally Mr Kravitz , surprising the audience with a very relax version of " Are you gonna go my way". HERE on video. 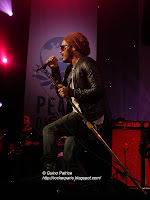 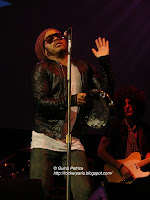 Second song played is " Let love rule " with audience participation , Lenny even get in the pit to sit down next to our fellow photographer Patrice Guino, the girls are getting mad.
Unfortunately the guy in charge of this organization is getting on stage ( with Elsa ) to speak for 5 min.
This sucker is a Bob Geldof wanabee , is he running for the Nobel Prize or What ? or is he trying to be more famous than Bono ?
All the short movies we saw tonight were all about Him , him & him doing this and that. 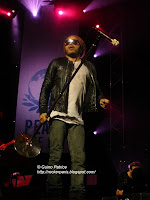 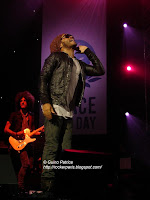 Can you hear me Paris ?

Lenny came back to play a very soft version of " Believe" and then good night .
What ! ONLY 3 FUCKING SONGS !!!
Is that a fucking joke ?
Come on Lenny I'm sure you can do better.
Shortest set for this evening but far more better than any other artist including the Kasabian. 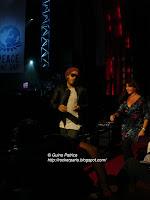 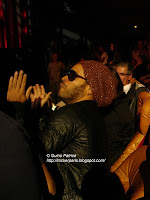 Best seat in the house 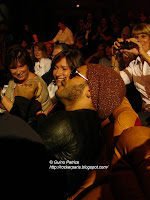 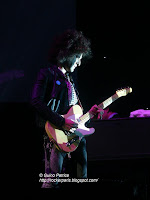 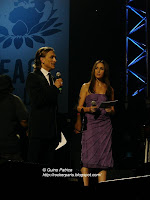 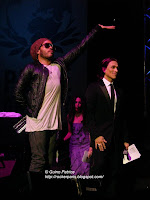 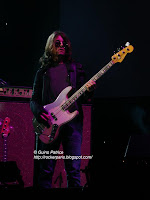 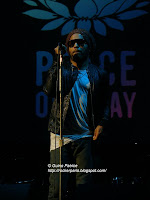 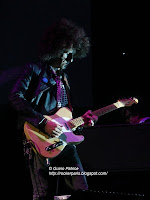 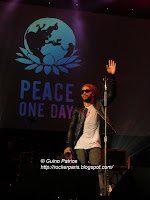 Goodbye everybody , 3 songs is enough for me ! 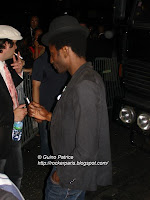 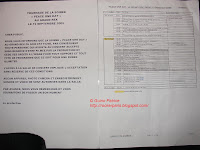