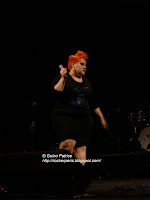 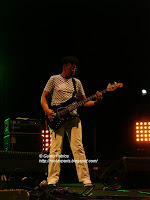 One more gig by Gossip in Paris , I don't know how many times they've played here these last 3 years but i'm sure we're getting close to 12 gigs including tv performances , radio shows , secret shows festival or just normal gigs.
This time they're playing in the studio 104 for a few hundred kids @ Radio France for Le Mouv' rock radio.
We arrived there early so we could see the end of the soundcheck and Patrice took some pics from the show ( Courtesy of the lovely PR Laurence A. ) of course he was moaning as he took a wrong camera and complained that the lightshow was crap. He's partly right but hey buddy ! it's a radio show. 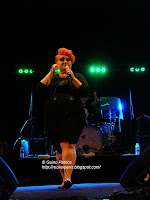 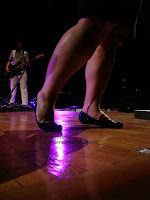 But we and all the audience couldn't complain at all after what we've seen tonight.
Gossip might have some average songs but live they fucking rock , Beth is a real show-woman walking that stage like a lion in a cage and sometimes escaping that cage to have a walk around the stalls to the fans ' delight. ( see pics below )
Beth is a gay icon so lots of gays & lesbians at the show , too bad some of the girls were really hot. 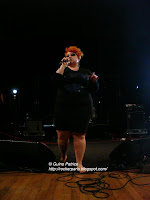 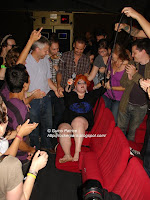 Better view from the seats

Cool setlist with a couple of covers for this 45 min set. 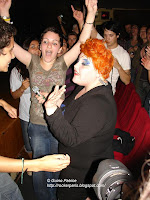 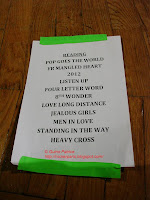 The radio gave away some posters on the way out while we were heading to the upstairs bar for the aftershow party. The singer from french band Indochine was there making a quick exit, french gay icon Sliimy too.
Beth and the band members came to say hello and sign cds and posters.
Nice evening, when's the next one ? 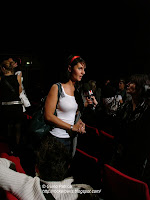 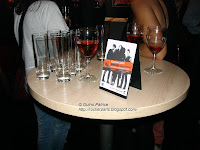 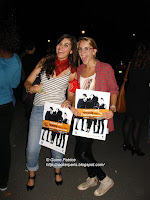 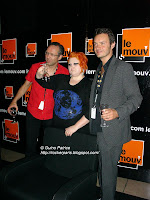 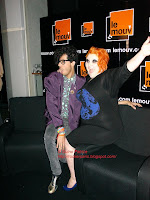 
Gossip will be recording Taratata tv show tomorrow and on the 11th will play a private show for Ouifm at the Nouveau Casino , see ya there guys.
Publié par Angelo Misterioso à l'adresse 1:06:00 AM