Only 2 days after the last Oliver Peel session with Milk & Fruit Juice and Tada Tata, we all gathered to attend Jeanne and Simone White 's performances for the Oliver Peel session # 9.
First to play is Jeanne , she did several instrumental "tracks" on accordion then one with her emotional frail high voice. Note that her accordion sounds nothing like a normal accordion, just image you're alone in the country side lost in a blanket of fog and you'll get the idea of what it sounds like.
Complete setlist ( and PICS ) On Oliver Peel 's blog. 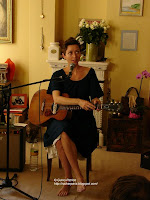 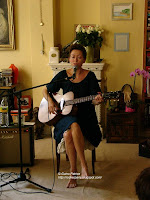 Then Simone White took the stage , I've been to many Oliver Peel sessions with many folk artists most of'em were good but this time, I have to say that Simone 's songs and quality vocals are first league. Alela Diane should worry.
There's a maturity in her compositions and her voice is subtle.
We were lucky to be treated with quite a long set, playing songs from her records , she has a second album out shortly.
Check her Myspace to hear her songs , I've discover a gold nugget tonight.
We should hear about her very soon, Rolling stone Germany has nothing but praise for her cd. 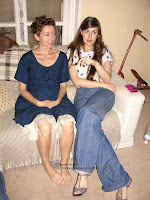 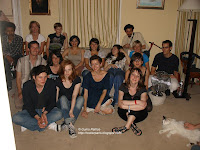