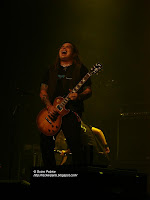 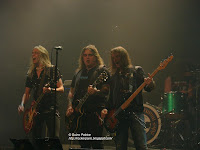 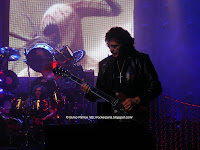 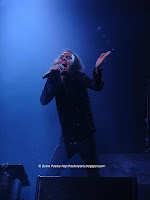 First on stage in a packed Casino de Paris is Black Stone Cherry , lots of wild guitars and heavy Metal clichés. The kind of band Idon't listen to anymore. 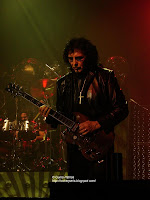 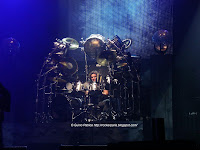 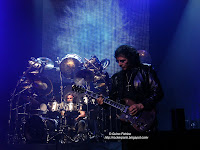 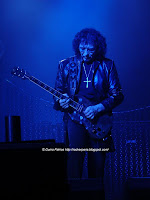 Black sabb... sorry Heaven & Hell is one of my favorite band and this particular line up with Ronnie James Dio is my favorite incarnation of Black Sabbath , too bad Bill Ward's not here.
Hard to understand that the show's not sold-out , yesterday they've cancelled the gig in Toulouse : they've only sold 500 tickets out of 3000 .
Anyway, things started nicely with "The Mob Rules" ( Mob rules LP ) then " children of the sea" , couldn't ask for a better start .
The sound is very ( too ) loud with lots of bass , but I'm on Tony's side.
The only thing I can't understand is why we have to endure a Drum solo after just five or six songs into the set, I mean drum solos ... so boring. 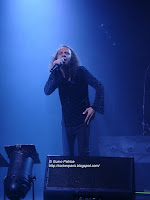 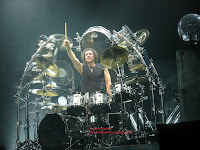 Ronnie's voice is great and Tony's guitar licks and riffs are ... HE IS Black Sabbath, NOT Ozzy 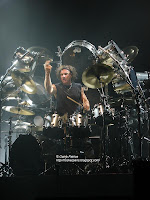 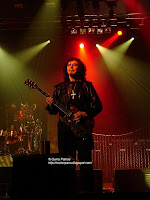 Thankfully we didn't get too many songs from the last record which didn't convinced me at all but I didn't get the time to listen to it properly. So ... 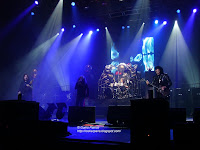 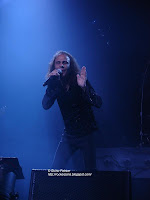 There's a screen in the back showing animations or pictures for a few songs and the stage is simple but beautifully decorated. Are they the gates of a graveyard ? 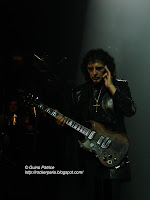 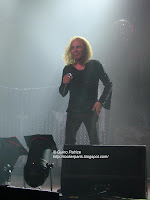 We had a long version of "H & H" with a guitar solo.
And after less than 90 min they're leaving the stage. 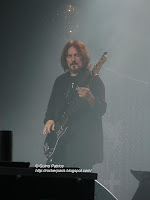 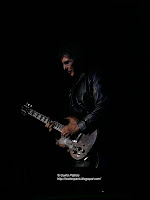 Maybe they should play the whole of " country Girl " instead of just a minute before a fantastic and heavy rendition of "Neon Knights" which is closing the set to rousing applauses.

GREAT set , just hope I won't have to wait another 15 years to see them back in Paris 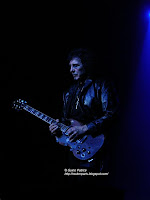 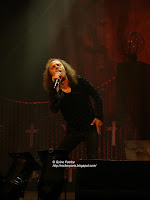 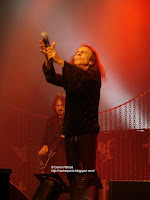 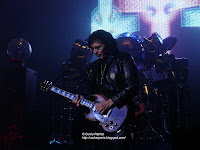 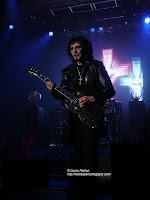 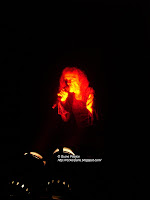 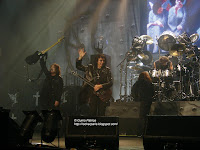 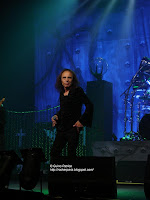 We were lucky to meet all of them after the show , Ronnie is sooo nice. 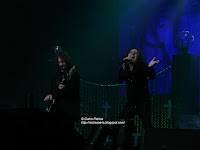 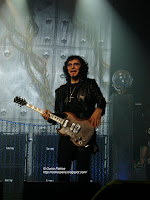 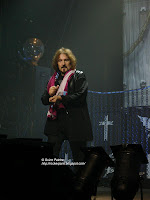 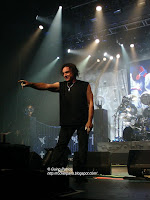 Vinnie & Aftershow with Ronnie James Dio
From the new cd :