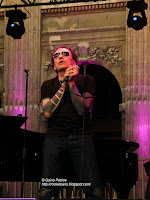 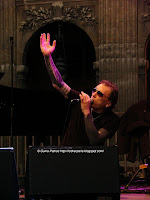 Bands are playing everywhere for the Fete de La Musique in France , hundreds of concerts just in Paris.
We decided to go and see Daniel Darc ( former singer for french band Taxi Girl ) in the beautiful gardens of the Palais Royal in the heart of Paris.
The gig started at 9:00 PM sharp and daniel is playing with only a piano player and a cello player.
You can see that the guy had several lives, all full of excesses and substances. He's a bit of an Icon over here like Serge Gainsbourg.
The voice is far from being perfect he's got problem standing still and is acting funny but it's part of the trip with Daniel.
Most of the songs played tonight were from his solo records , no Taxi Girl. 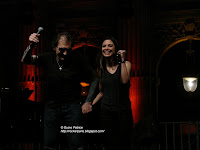 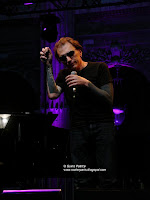 French artist and guitar player Nosfell was invited to play one song: " La romance des cruels " as well as french female singer Berry for an absolutely great version of " La chanson d' Hélene " ( taken from the classic movie " Les Choses de la Vie" with Romy Schneider and Michel Piccoli ). They held each-other like two lovers , the original song is very emotional and tells the story of the end of a relationship between two lovers. Probably the highlight of this concert.
See complete setlist below ( I don't know if it's accurate I'll check )
Daniel Darc also played a couple of covers " My funny valentine" ( a jazz classic )and Lou Reed's " Perfect day " and a few seconds of "Sad song" to end this very dark show.
Nice 90 min gig but the atmosphere was so dark that a few people felt like drowning themselves in the river afterwards. 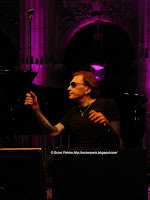 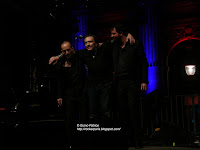 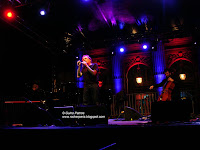 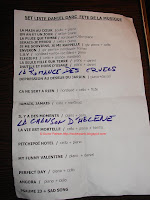