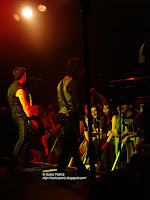 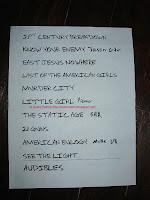 After seeing them yesterday @ L' Album de la Semaine tv show for Canal+ , I wanted more of that powerful pop music.
What the FFFFFUUUUUUUUCCCCCKKKKKK !!!
Do these guys have to go to bed early or what ? Is their mummy waiting for them at home ?
It's 7:30 and the show has already started for more than 20 min.
Guess I'm late one more time.
Anyway , they know how to entertain 17 year old girls , all screaming like maniacs, they also know how to play their shit , it's absolutely perfect.
Songs are really good too
They're very entertaining even though they're playing a very light american " Punk" , some called it Disney-Punk.
Lost of new songs ( some are 6 min+ ) and a few oldies thrown in at the end.
They've added lots of songs to the original setlist.
They didn't get 20 yelling girls on stage like yesterday , only one but she sang a couple of verses from a song , Lucky you !
Great Show
Sad they're acting like fucking rock stars just because 20 underage girls are waiting for them at the end of the show.
Hey guys come back to mother earth, You're not supposed to be Punks ?
Joe Strummer ( Who ? ) is probably laughing out loud from his grave. 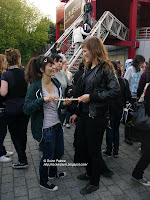 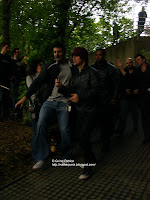 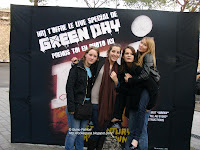