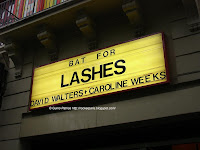 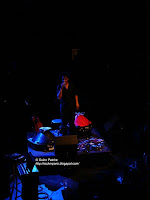 Marquee & David Walters
The show started too early tonight so i couldn't see Caroline Weeks playing , i was just on time for David Walters.
The guy has skills , he's on his own playing guitar, percussion & lots of samples that he's actionning with his feet to nice effects, but I'm not really fan of his Electro-African-reggae style but he has talent.
The sold-out audience was reticent at the beginning but he won them over in the end.

Natasha Khan & Bat for Lashes have released a new cd with much more electronic than the first one and I really don't like all this electronic shit.
Caroline Weeks doesn't play with BfL anymore .
Now there's a drummer, a female guitar-bass piano player ( Charlotte ), a guy on the computer & Keyboard and Natasha on vocals & Keyboards ( guitar on one song ).
She still has her charming voice but the music is less interesting than it used to be, too much electro for my taste.
She's leaving the stage after just 50 min, Come on baby !
75 min in all that's a bit short.
One more thing that I don't understand is why all those bands are playing in an almost complete dark.
You're ON a stage , Why don't you switch on the lights for fuck's sake. 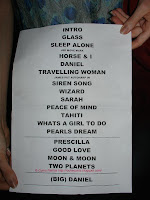 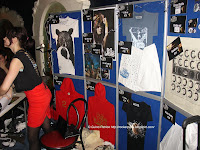