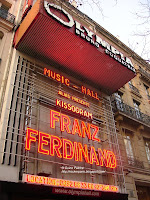 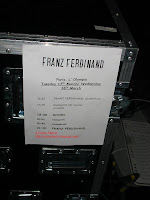 Interesting set by support band KISSOGRAM , the kind of cold electronic rock that i really hate , they're German , it's no surprise this kind of music was very popular there in the 80's. 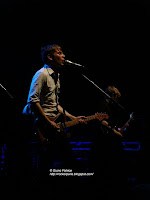 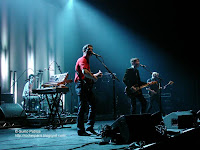 Then Franz Ferdinand ; i've seen then twice last month for private gigs , on the very same day , they were great each time .
Their show at La Cigale , in November 2008 for the Inrockuptibles Festival was also a highlight. ( see review, setlist, pics and video from this show HERE )
Their records really don't give them justice , it's a band you have to catch LIVE.
Tonight was no exception , they've rocked the Olympia theatre for this second SOLD-OUT gig here. 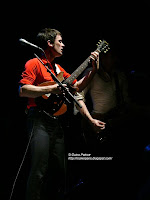 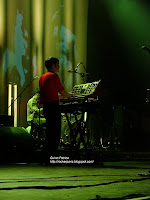 Songs from the last cd " Tonight" are fitting perfectly with older songs and are now classics . 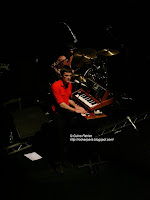 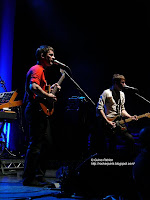 Just another great gig from Franz Ferdinand , nice lightshow too with projections on the huge screen in the back to nice effects.
Low point : How can a band play only for 80 min with 3 records under their belt ? 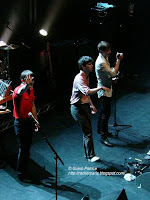 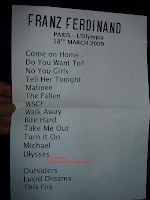 1st song of the Encore :