Franz Ferdinand @ "L' album de la semaine" to promote their newly released album " Tonight "
In Fact this show was recorded for the tv show " Concert Privé " for Canal+ , it's the same setting ( a small studio for 200 people sitting in stalls in front of the stage ) but the band instead of playing 5 new songs + a couple of their hits is playing a proper gig with 12 songs.
So that's really cool.
The gig starts a bit late as the band is doing an interview ...
And here we go for almost an hour of a neat performance , not that much communication with the audience , i guess they focus on their instruments as it's recorded.
Not that much to say :Great show but Franz Ferdinand is always very good live.
Half of the set ( see setlist )consists of new songs and they sound really good live even though i'm not too fan of their new-wave sound with keyboard.
Great performance i'm looking forward to see them tonight ... again
Sorry no live pictures as it's forbidden 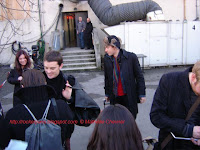 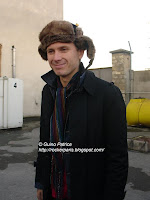 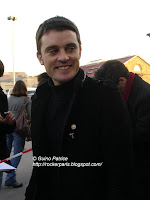 Alex , the man with the hat / Shinny happy Nick 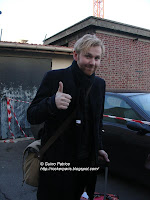 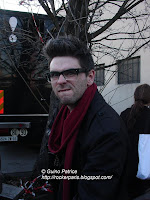 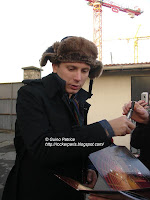 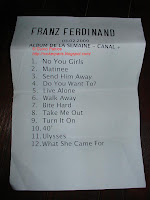 The band came to sign and posed for all the fans waiting after the show.
Nick told me that they will change the setlist for the Studio SFR gig .
See ya tonight !