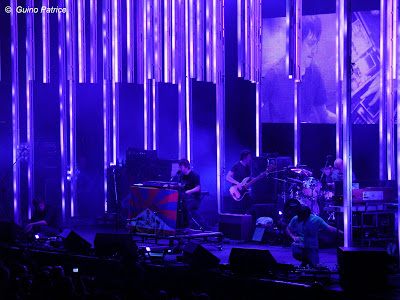 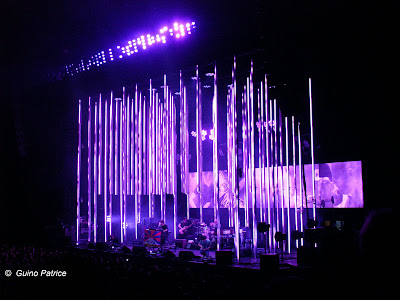 Hi there
So that's my first message on this Blog , let's see how things are working down here .

RADIOHEAD BERCY 9 jUIN 2008
Yesterday was the the first Radiohead concert at the 16500 capacity Bercy arena. they will be playing tonight as well. Bat For Lashes is supporting for both night .
Couldn't be in time for the support slot.
I gotta say i WAS very fond of them many years until they played some dumbass electronic music after OK Computer and i wasn't really convinced by their "free-download-pay-what-you-want" - iN rAINBOWS - album. But Radiohead has always been very good on stage.
Unfortunately tonight they played too many songs from their lasts albums to really get my attention; Don't get me wrong they were good especially with the old rocking gems; But they are way toooo electro for me.
So i had mixed feelings about yesterday's gig.

So they've played the whole of " In rainbows" including the bonus song.
Only 2 tracks from -The Bends- and 3 tracks from - OK Computer-