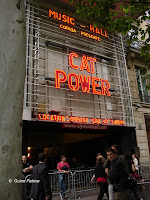 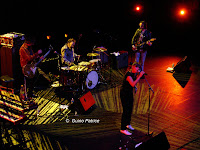 After playing on Jan 21rst at the Bataclan , Cat Power is back in Paris where she has many friends now. 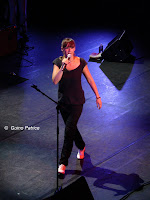 Seems like it's sold out tonight. Once again the opening band is Apalooza, probably one of the worst support slot i have even seen. Chan marshall ( singer from CP ) is a good friend with the female french 'singer' of Appalooza. so now you know why we had to endure such crap.
Anyway Chan is here to promote her brand new cd of cover songs : "Jukebox" and that's what we're gonna get , most of the new cd will be played. Which is a good thing 'cause we LOVE it.
Chan feels much more better on stage now than she did years ago even though she still looks frail and her voice is sometimes a little bit weak but that's part of her charms. The band is smoking. 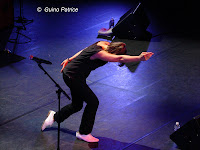 Thank you and Good night

She has a very special way of playin' those covers and turning them into her own songs , hard to recognize " Fortunate son" ( CCR ) for example but hey what's the point otherwise.
Very good night indeed.