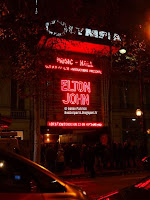 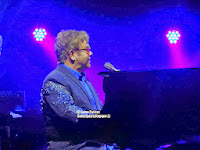 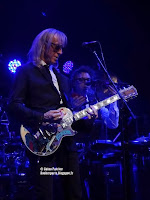 Elton John is playing 3 sold-out shows @ Paris' Olympia theater, tickets prices are really silly once again with the best seats going for 280 euros.He will be back next year in November 2014 @ Paris Bercy with prices from 80 euros for the shitty seats at the very back, up to 280 euros for the best seats,. WOW !!!
We arrived a bit late, he started at 8:15pm, so we've missed the first 4-5 songs.
7 musicians including 2 cellos that couldn't be heard at all  , 4 girls on backing vocals and Elton all dressed in blue on the left on the grand piano.
Nice lightning , the sound is perfect and not too loud.
As you can see on the setlist below , lots of old songs, everything is perfect, too perfect. In the middle of the set Elton is playing a couple of songs solo on the piano.
Between each song he's standing up to thank the audience and having a cold drink which is a funny routine.
Funny also to see the audience quietly listening to the songs and standing up and erupting between songs.
Lots of catchy songs specially at the end with all the classics. 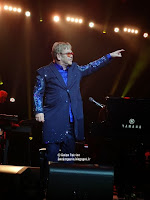 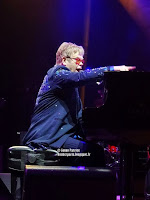 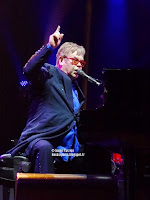 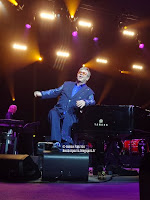 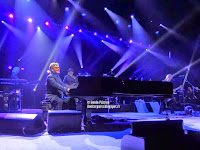 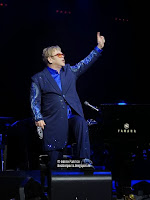 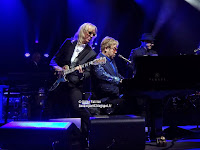 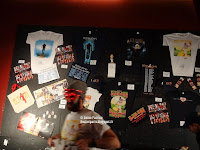