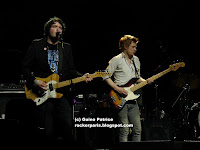 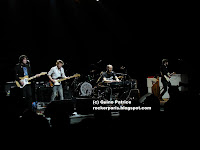 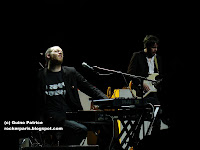 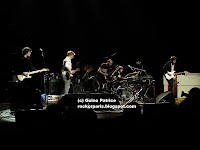 When we get in the support band was already on stage, part of the audience wanted them out, they took it with a laugh; too bad they've done a great set ending with a smashing ten minutes song. I've been told later that it was Electric Soft Parade, I remember now that i probably saw them many years ago opening for another band ( may be Oasis) at the Royal albert Hall.
They really deserve more success. 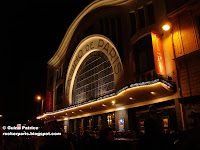 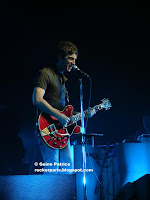 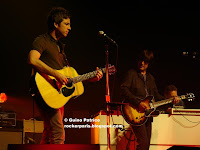 This gig has been sold-out almost immediately when it went on sale, I understand why, it's full of English singing No-el for the whole set.
The band has a powerful sound and a great white light show.
The whole gig is being recorded by French tv Canal+ for a future broadcast, they've already did it last time Oasis played at the tiny Bataclan theatre in Nov 2008. 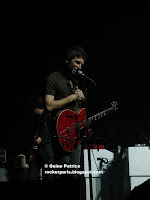 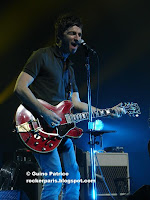 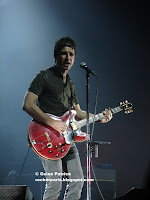 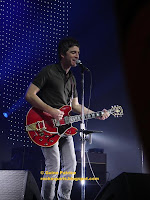 We haven't heard the record yet but we heard the single and it is sounding very good.
so it's no surprise that Noel's band is sounding much better than Oasis, probably because he's singing all the songs.
Needless to tell you that we're not Oasis fans over here.
Noel is alternating between acoustic & electric guitar, he's not a fantastic guitar player but he has very good songs including the Oasis ones which are sounding ten times better when he's singing them.
A few heavy tunes and some acoustic moments including acoustic versions of "Wonderwall", "Supersonic"...
He had a few requests but he preferred to stick to the setlist, he also had a few funny chats with some English members of the audience. 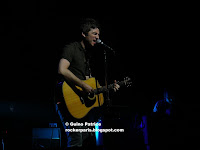 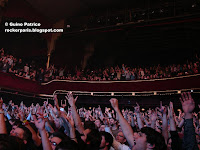 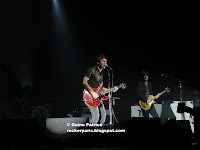 SETLIST:
Overall very good show even though he could do better than this. 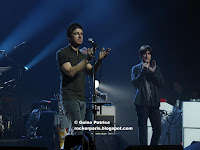 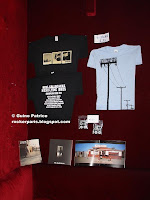 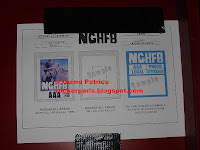