Our favorite "Pigeons of shit metal " for this tv show
expect the unexpectable tonight
with Josh Homme playing Drums... 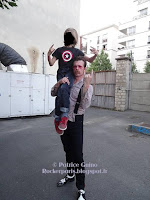 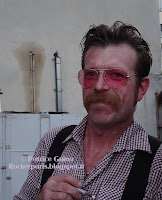 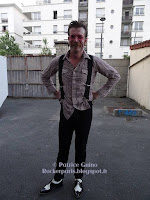 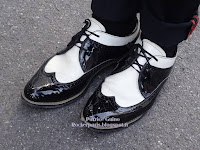 Eagles of Death Metal playing a tiny show for TV in front of 200 people,  On this tour they're playing with two drummers including Josh Homme from Queens of the Stone Age, who's really having fun doing jokes between songs and almost stealing the show.
Sometimes they do have up to 6 musicians on stage plus Jesse on vocals.
Josh Homme is playing bottleneck guitar on one song.
Can't say that they have the best songs in the world and that Jesse Hughes is a fantastic singer or a guitar hero but the guys are really having fun on stage. You can feel it
So that was a really enjoyable small 30 min + concert 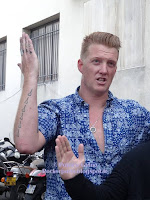 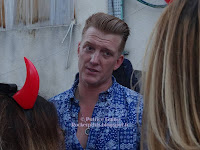 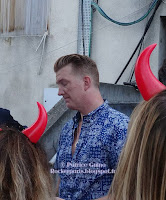 Straight after the show Josh and Jesse were there to sign and pose for pictures for quite a long time. I guess that no one, more than 30 fans, didn't leave the premises without a cd signed of a "selfie".
Really nice guys! 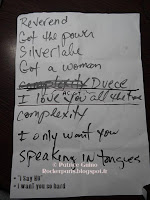 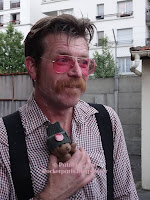 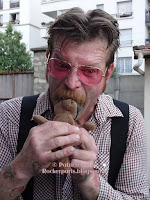