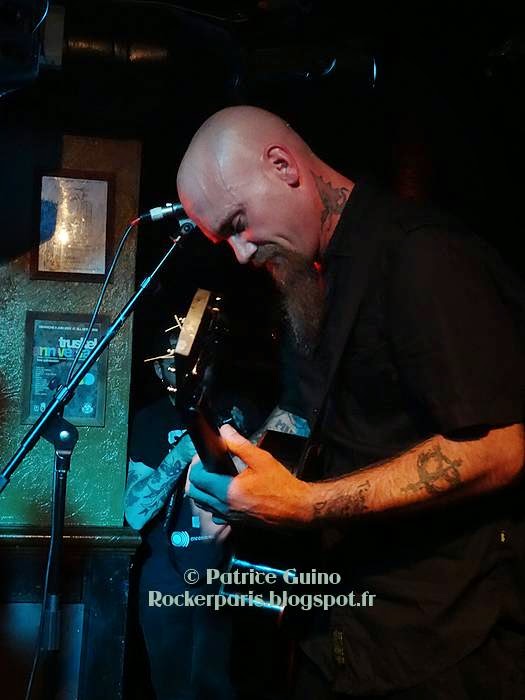 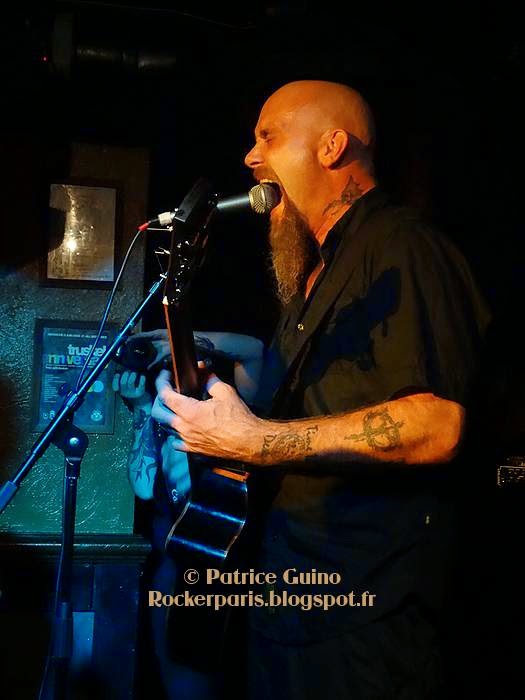 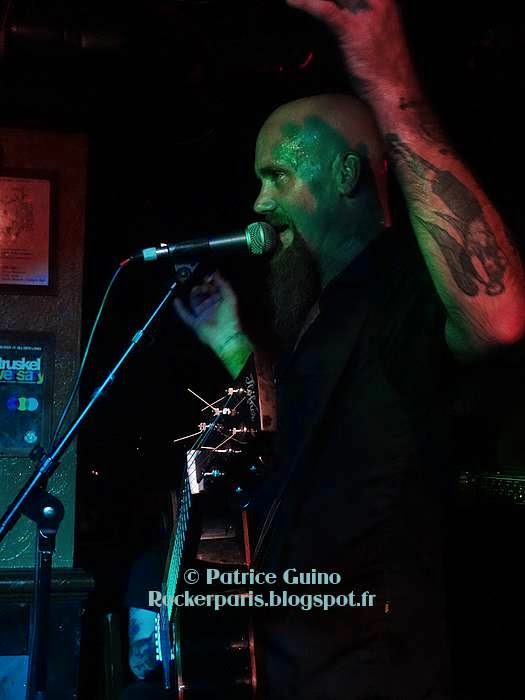 Nick Oliveri former Kyuss & QOTSA bass player is playing a rare solo acoustic show in Paris.
It's a the tiny Truskel where we saw Peter Doherty performed so many times.
It was supposed to be a "guest list" show but in fact it's a "first come , first serve" basis.
We have a support band from Lille that is sounding like QOTSA, so it can't be bad. 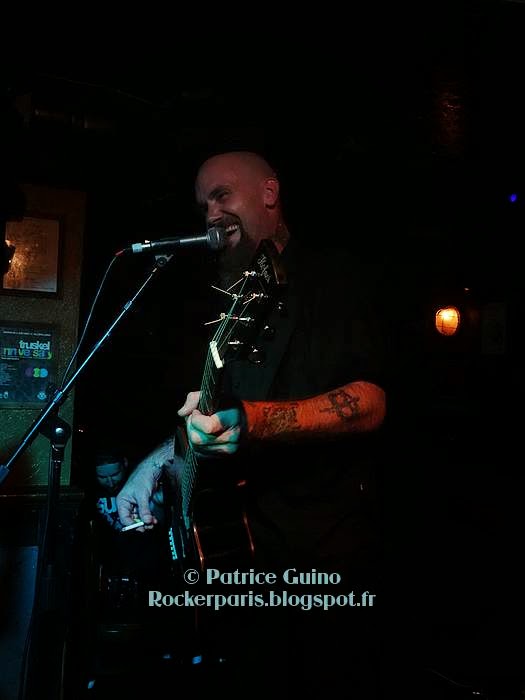 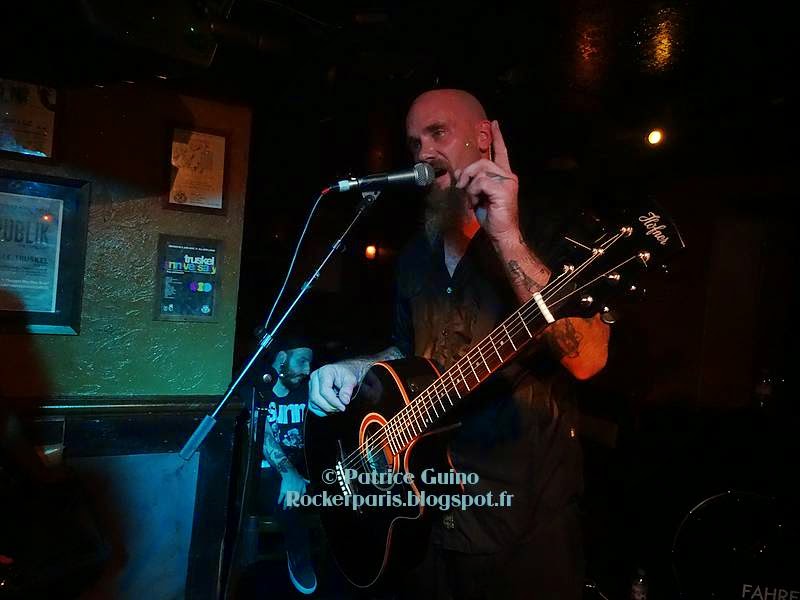 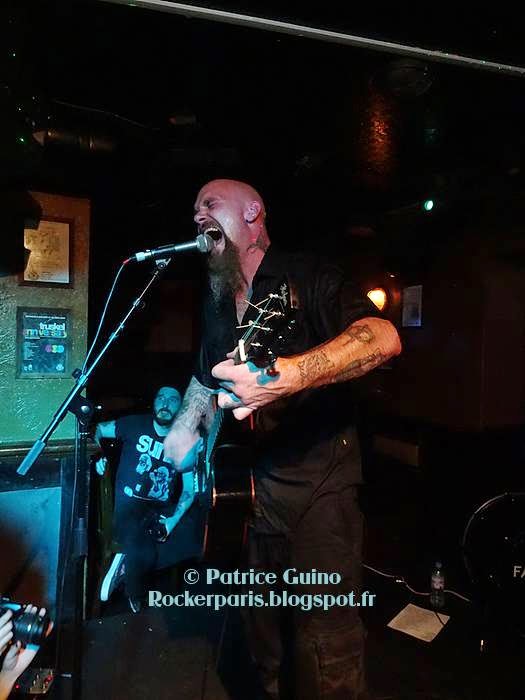 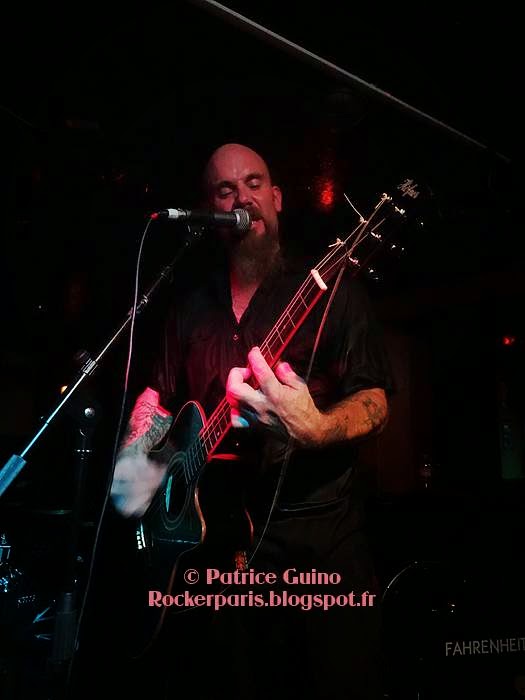 Nick is in fine spirit, doing very good, smiling , talking a lot, joking with the audience and screaming like a maniac. The guitar playing is acoustic but he's screaming as if he was playing electric with QOTSA or Mondo Generator in front of 5 000 kids.
it's hot a hell in there, those bastards have turned off the air conditioning and we're all sweating buckets of water.
We are treated with a best of setlist with a new song, songs from Mondo generator, Kyuss, QOTSA of course and some covers including a Ramones' one , a GG Alin and probably a couple of others I can't remember ( one from an English Punk band ). The setlist below is not accurate as he didn't follow it. 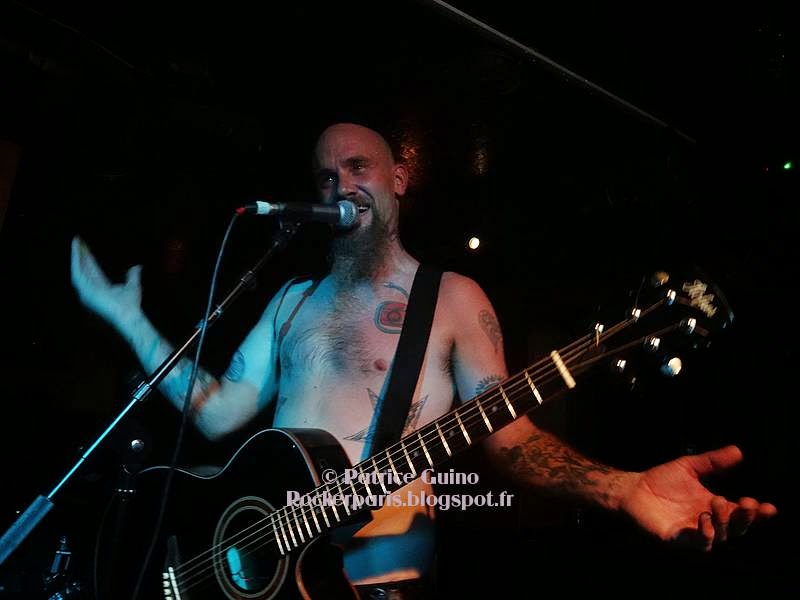 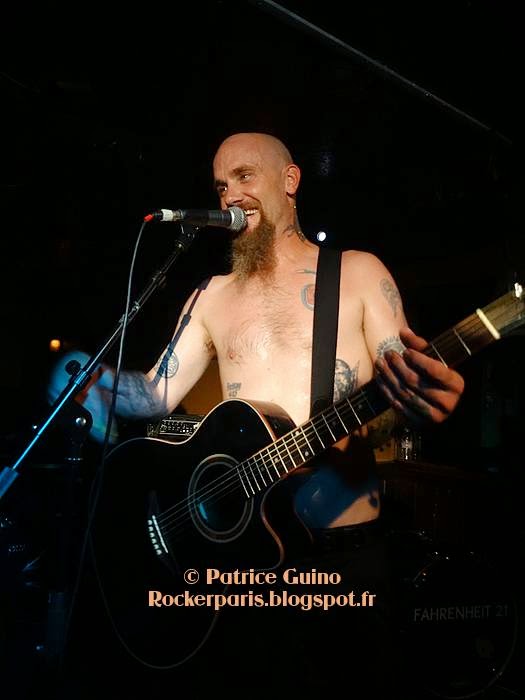 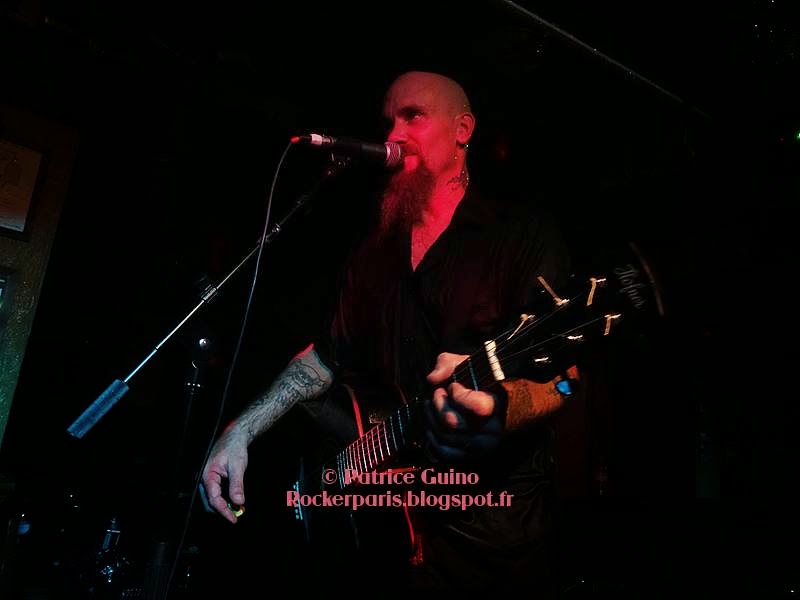 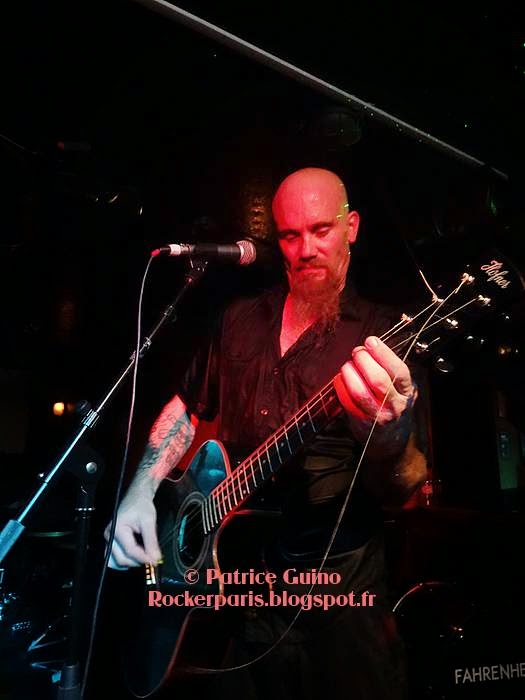 Nick has lots of stories to tell between songs, we're glad to know that he will be playing with QOTSA in L.A. for a reunion show on Halloween. Some funny stories involving his wife and how he fucks like a teenager...and so on...always with a big smile on his face.
As you can see on the video below , the audience participation is required... so cool...
Nick ended up exhausted and a bit drunk as well but that was worth it , great kick ass gig 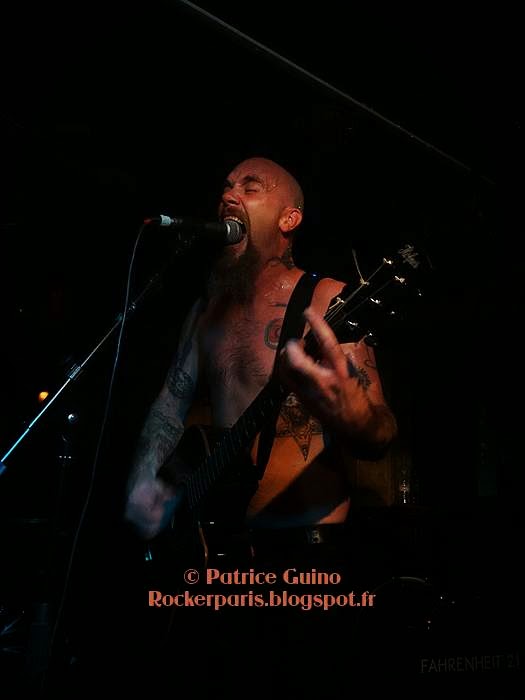 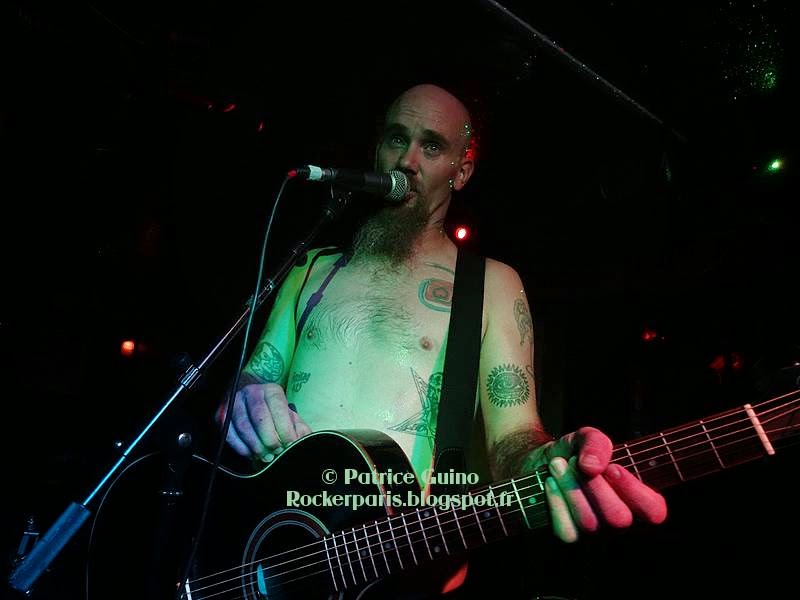 Miraculously after the 90 min show ended the air conditioning was back on... 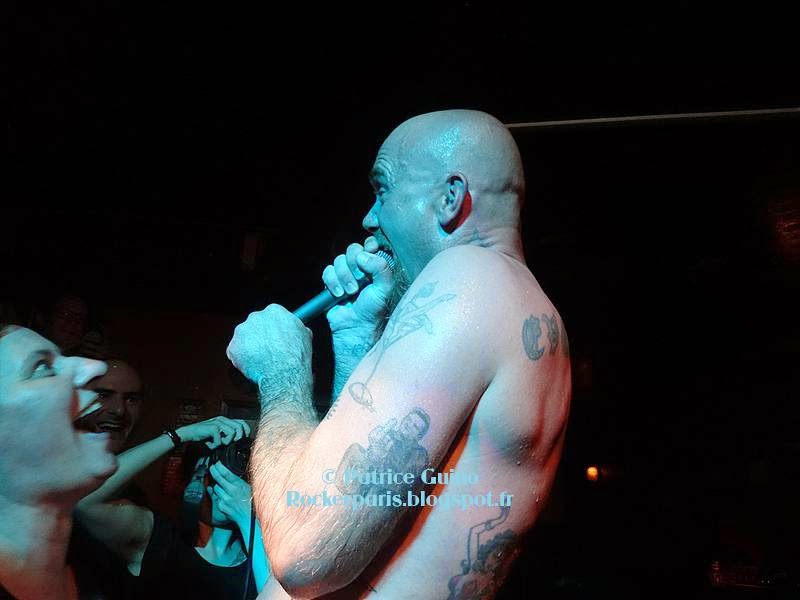 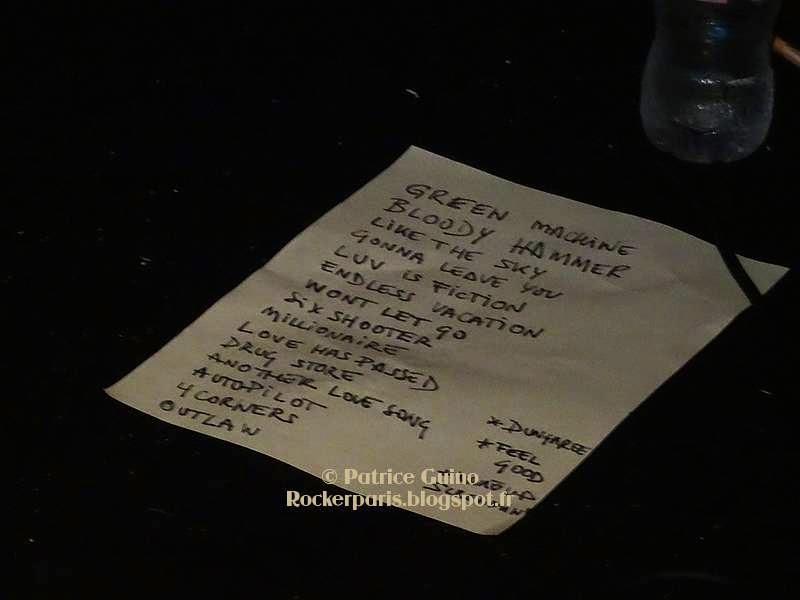