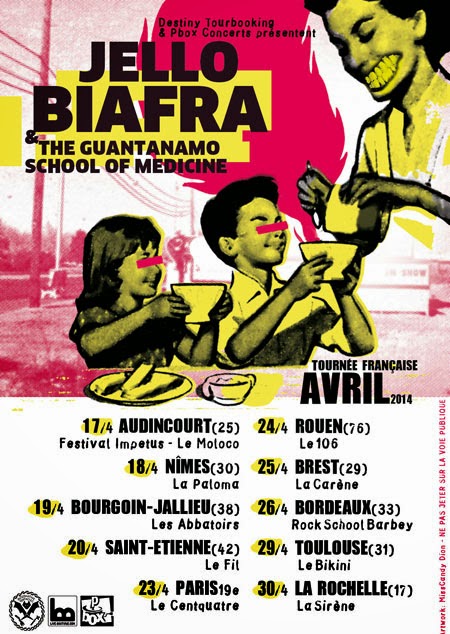 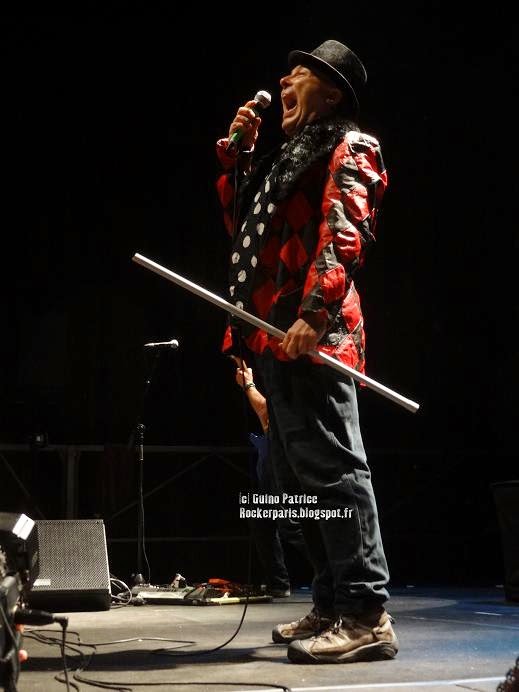 Former Dead Kennedys singer Jello Biafra & The Guantanamo School of Medicine are back in Paris after playing last August @ Glazart, too bad that we couldn't attend as we were on holidays.
This time we won't miss him. Strangely enough he's playing @ 104. This is our first concert in this venue, we saw Lou Reed here for a reading of his texts in 2008. 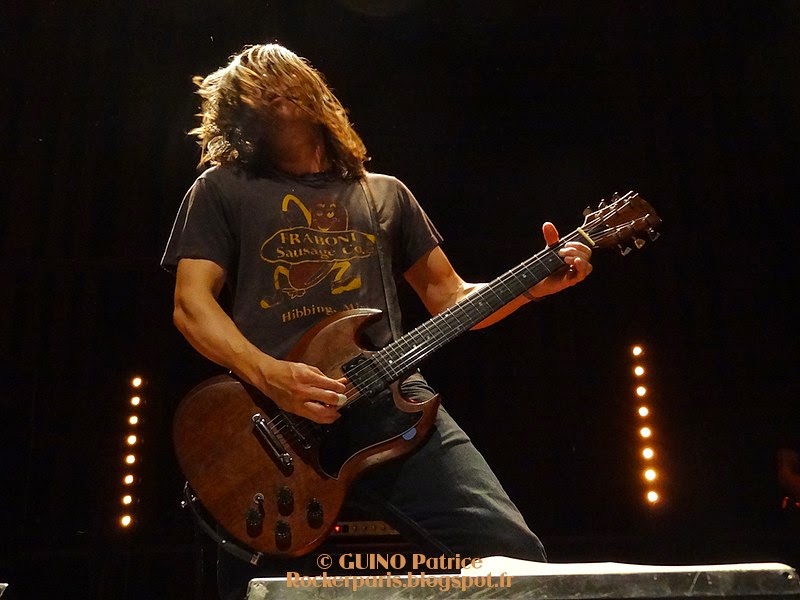 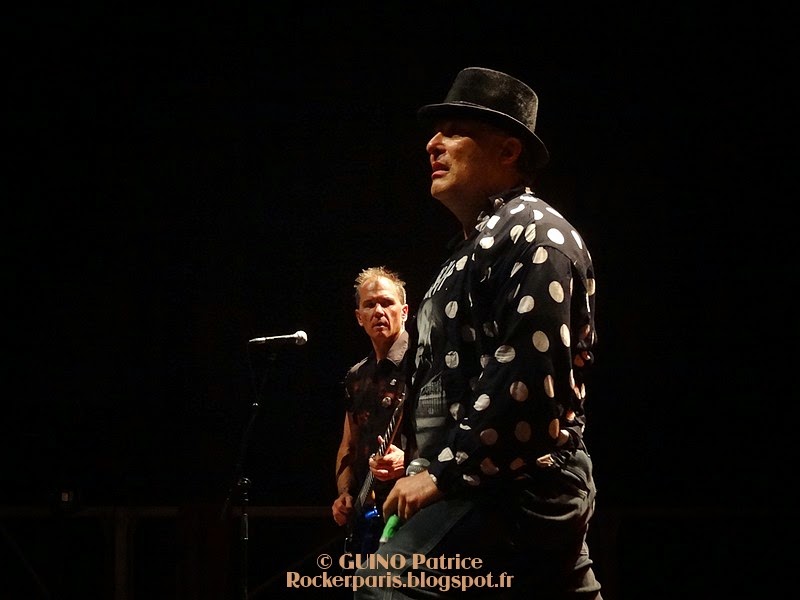 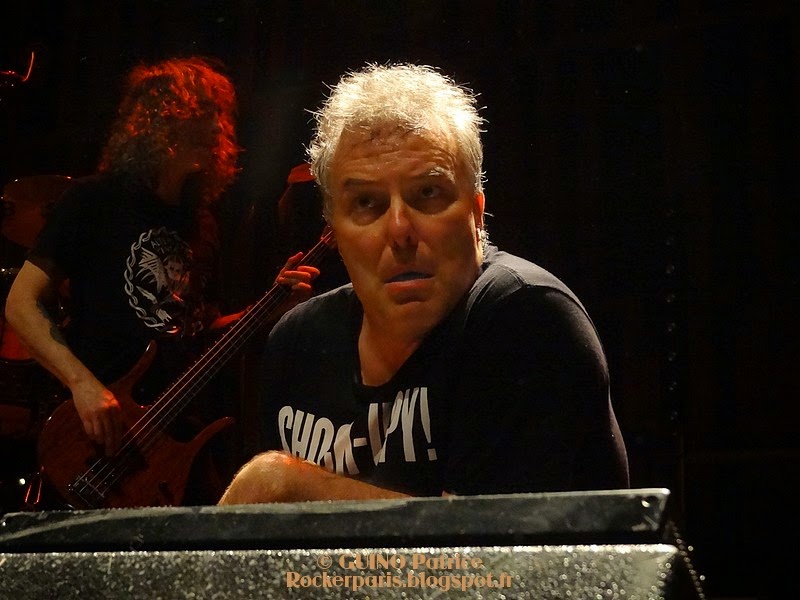 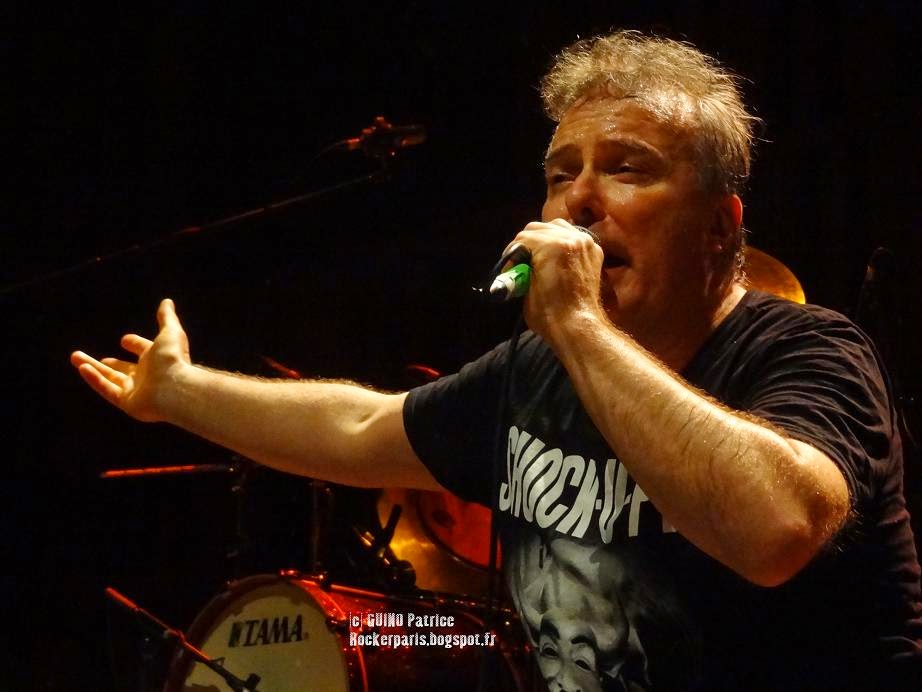 They took away all the chairs from the room that is full of mainly 50 years old Punk rockers, good point as there were lots of pogoing and a bit of crowd surfing including Jello Biafra who's on top form. He came on stage almost dressed as Alice Cooper with leather jacket, hat and stick in hand, to undressed little by little until he's bare chest. 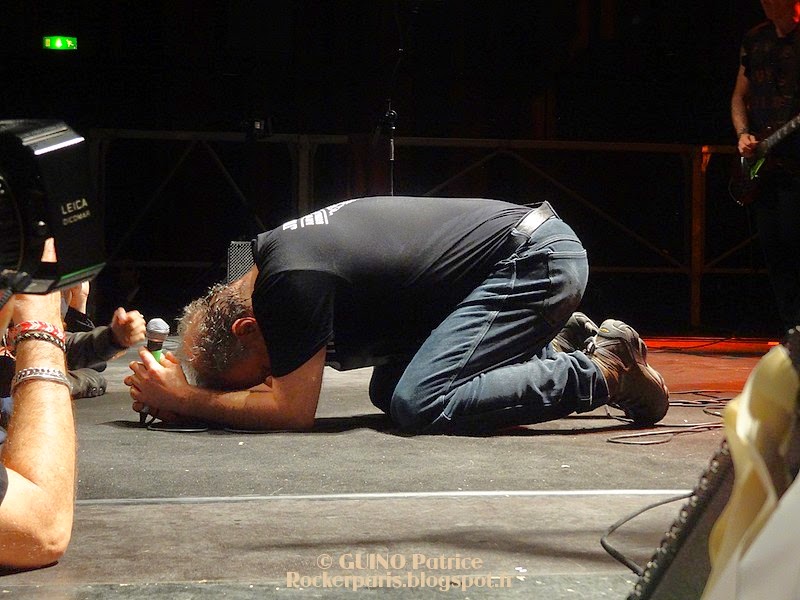 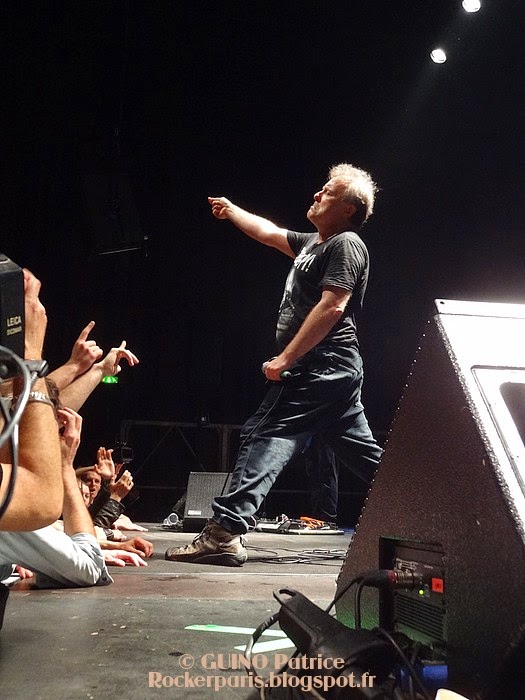 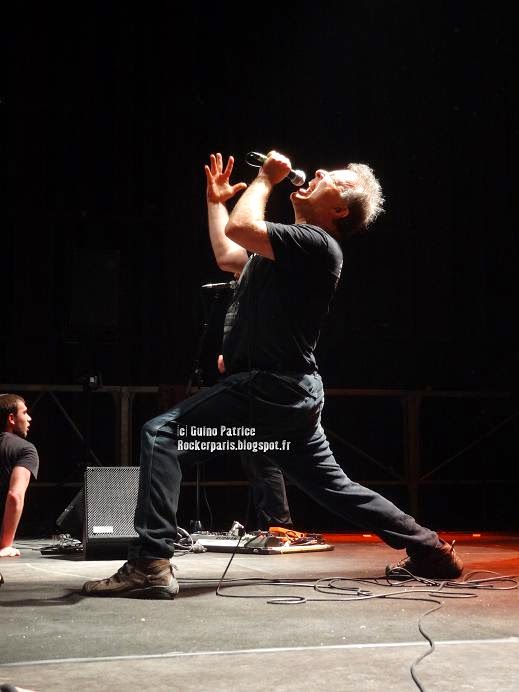 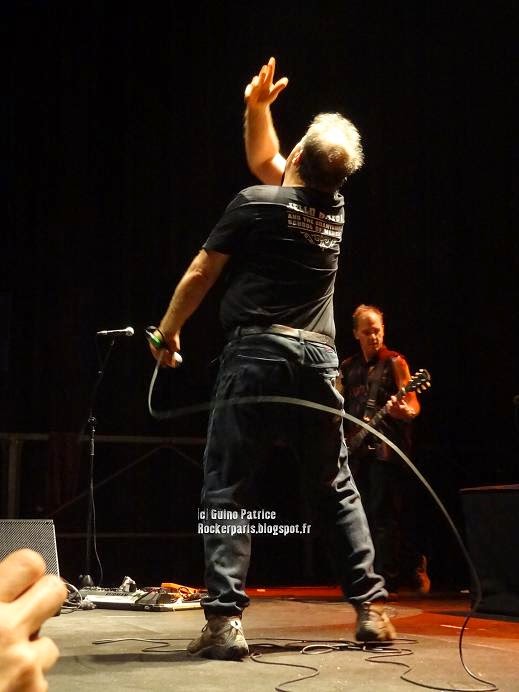 Doesn't really sound like a Punk band , more like a heavy rock band with gust. Each song is introduced with a political statement, I guess we had everything from Bankers, Crises, fracking (Hydraulic fracturing), National Front and a few more...
Always kept it interesting... walking the stage like a maniac and playing every song like a actor.
I'm not too familiar with his back catalogue but it reminded me of Henry Rollins when he was playing with his heavy Metal band Mother Superior. So lots of heavy & fast tunes.
With an audience that was really into it straight from the beginning. 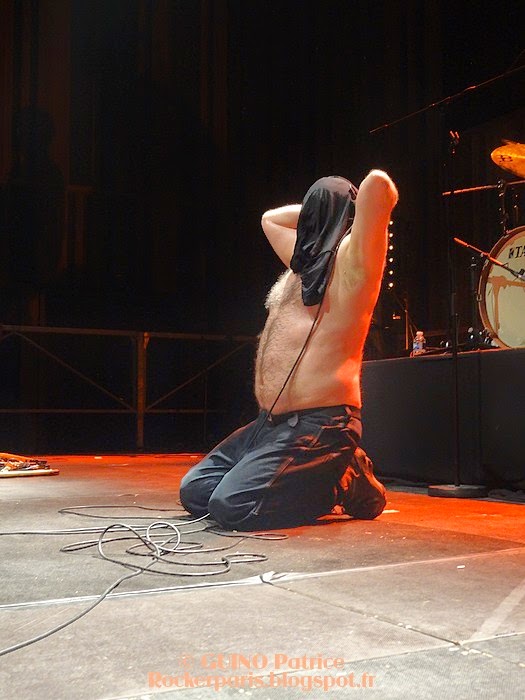 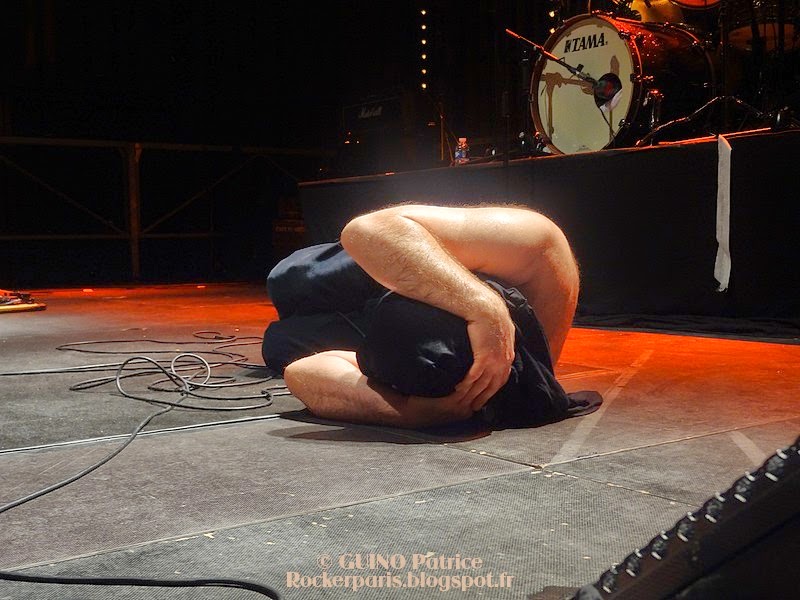 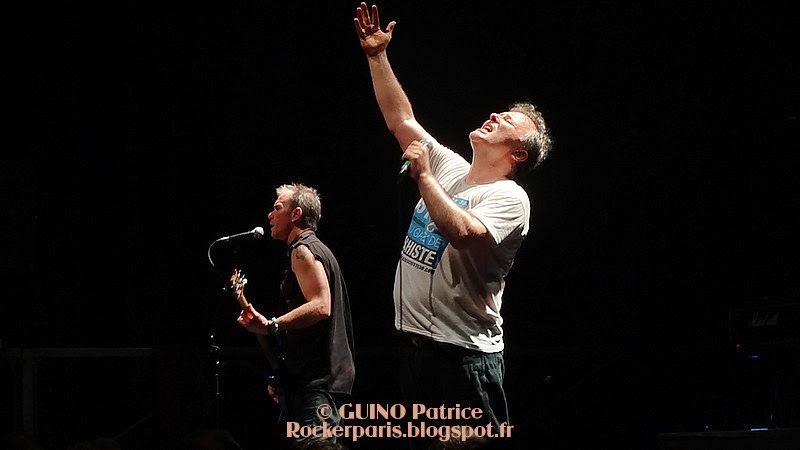 A 2 hour set of heavy/Punk Rock for one of the best show we attended in 2014
Encore 1
Police Truck
Pets eat their master
Encore 2:
Hollywood Goof disease
Holiday in cambodgia
Encore 3:
Too drunk to Fuck
Crapture 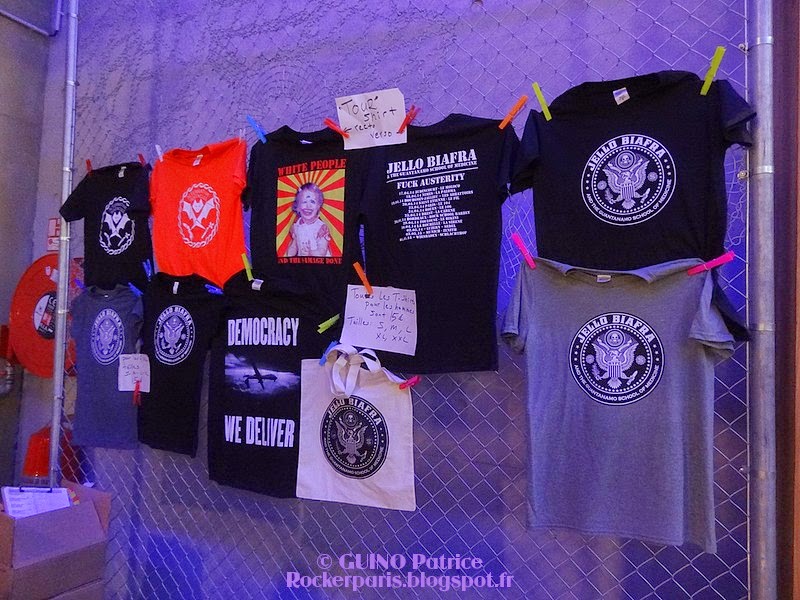 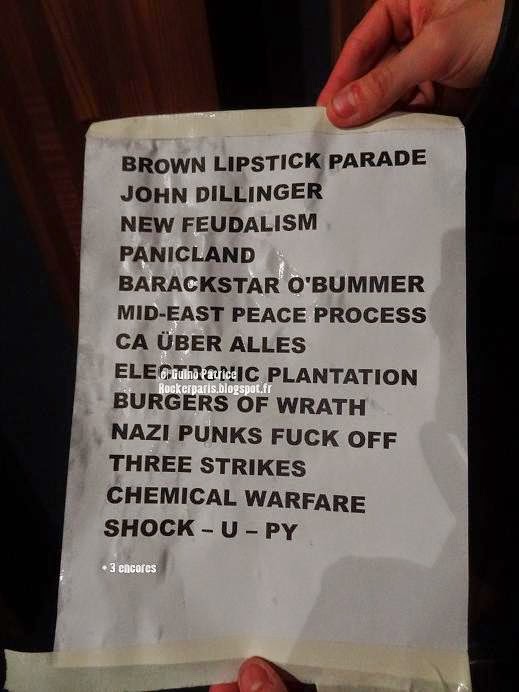 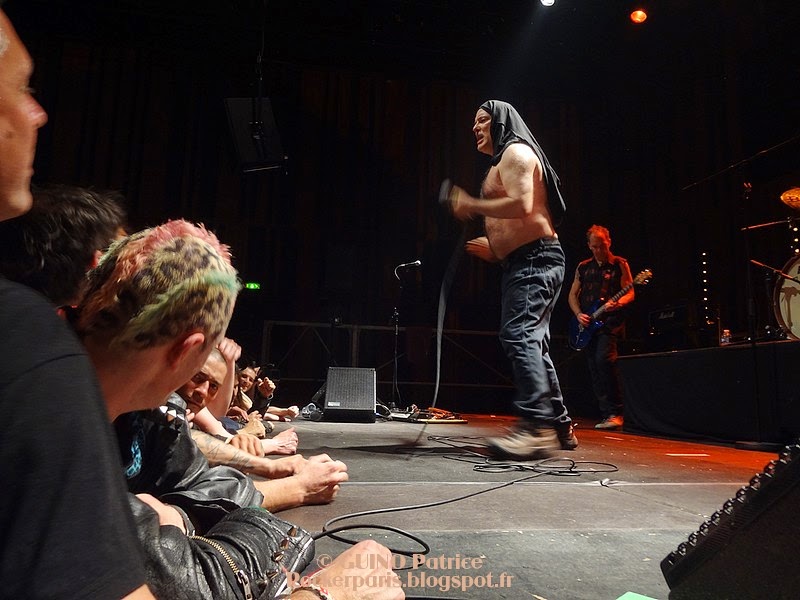