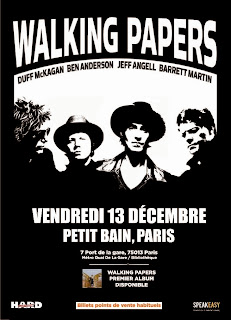 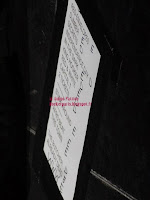 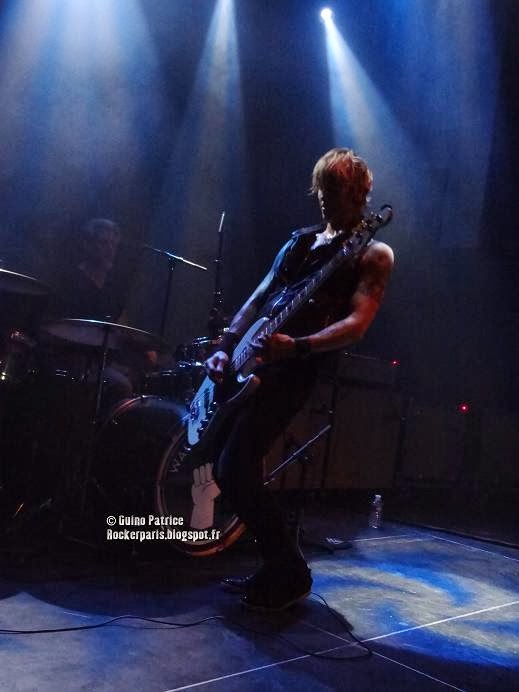 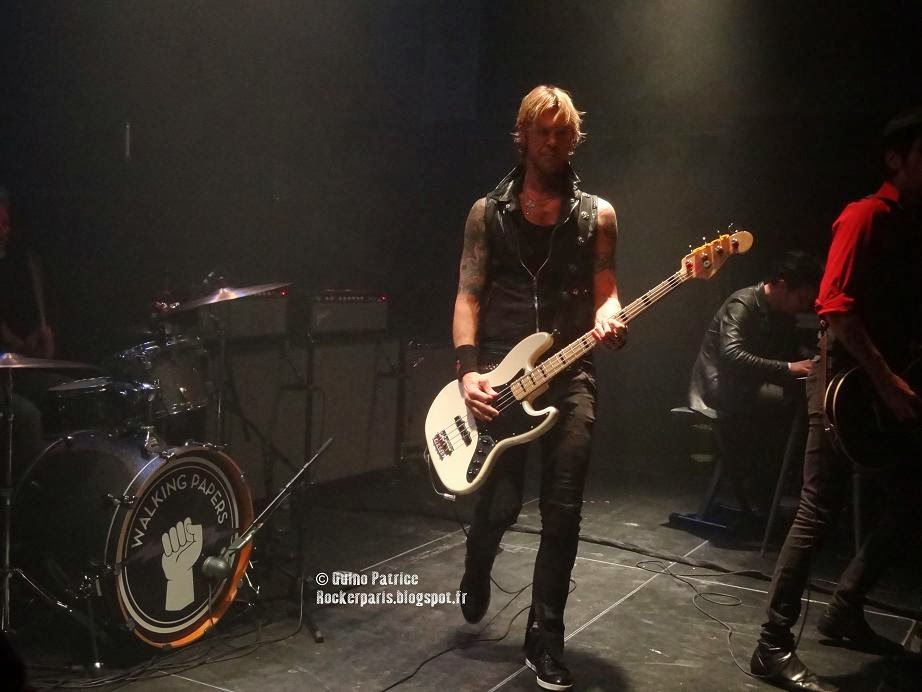 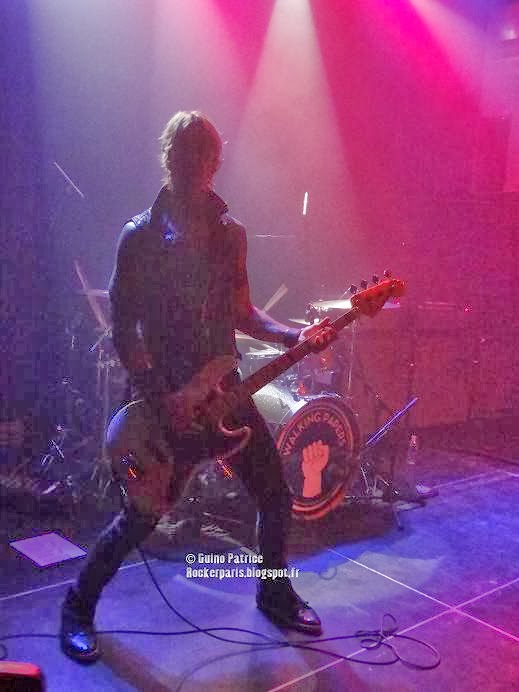 For the 3rd time WALKING PAPERS is playing a club show in France, after playing the Nouveau Casino in Dec 2012 and the Fleche d'Or in May 2013 now WP is playing on a boat: "Le Petit Bain".
Devil Named Jones is opening with some blues rock. 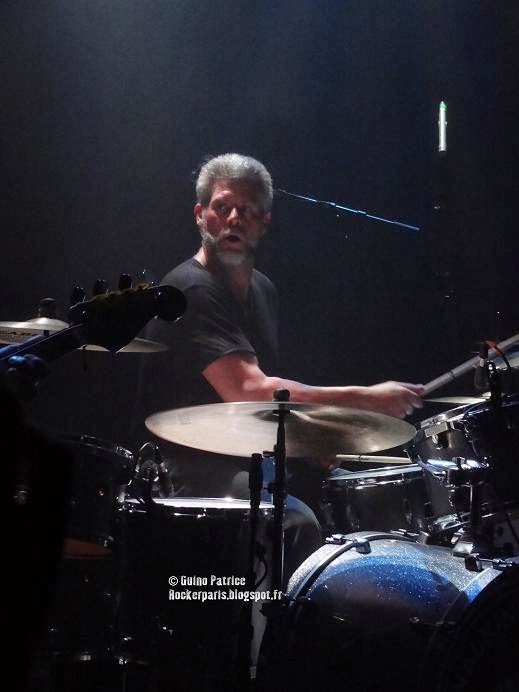 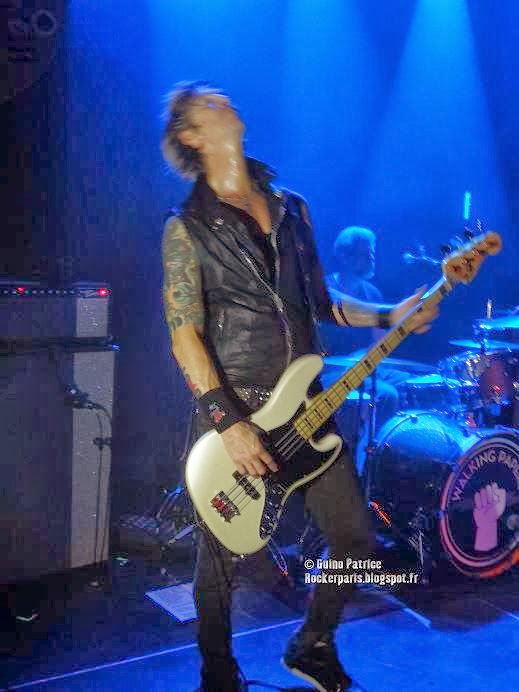 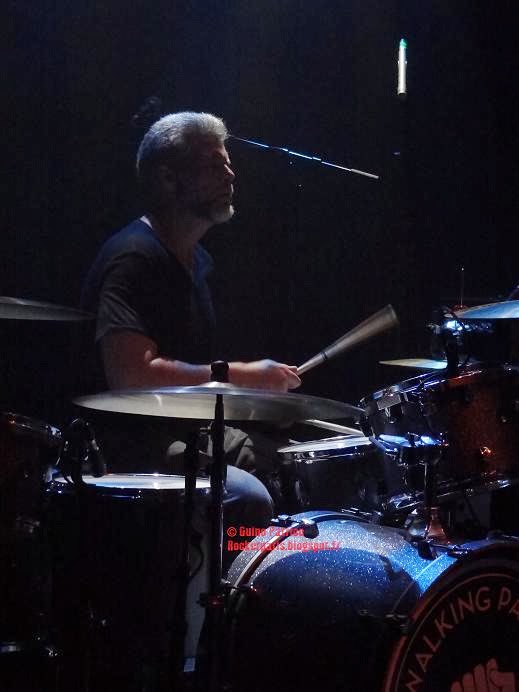 Then we have Walking Papers, they do have some dedicated fans, mostly GNR fans even though the music they're playing has nothing to do with GNR. They do sound more like Seattle 's cult band Mad Season.
First 3 songs are really heavy then the band is playing more ambient songs from their debut album, we'll also get a new song. see setlist above for details
As usual Duff is the main attraction for the girls who still can't believe that they can touch him when he's  getting close to the edge of the tiny stage, he's playing with it getting the girls excited. 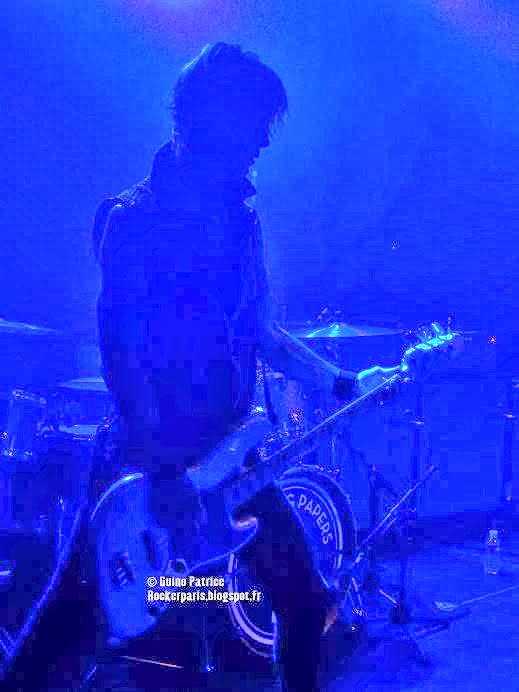 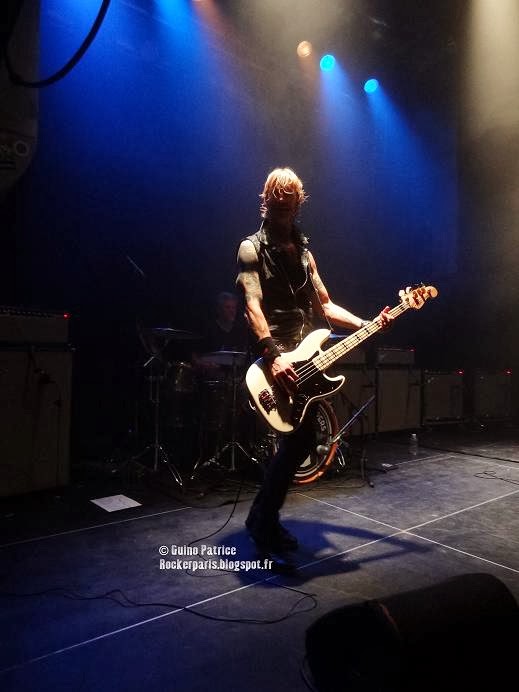 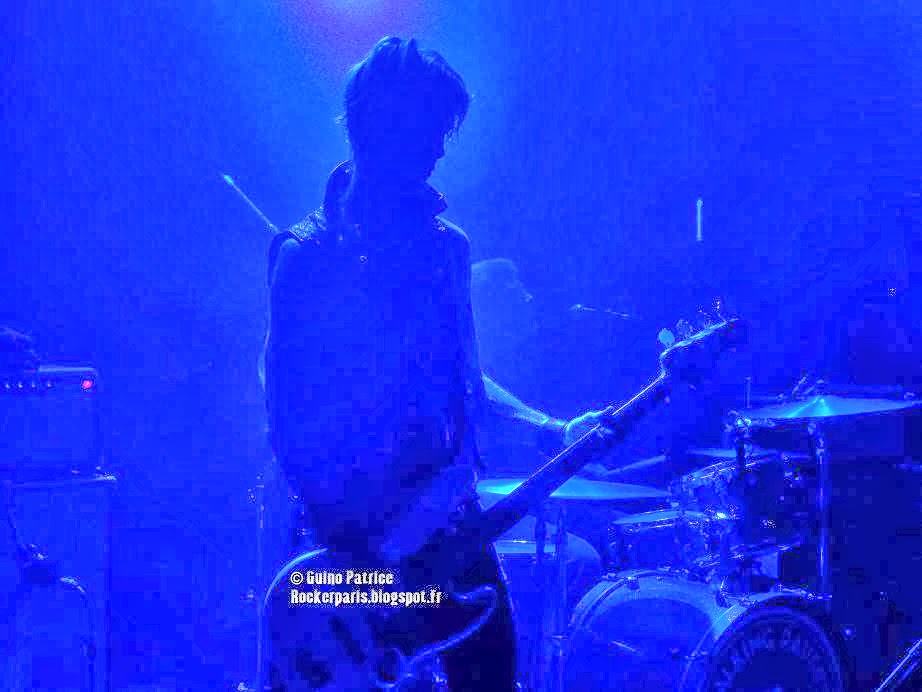 The band is having great fun playing all those songs and Barrett behind his drums is like a kid,Jeff Angel will even get as far as the bar at the back of the club to sing a tune.
All of this in a very friendly atmosphere.
After the set , the whole band is going to the merchandise table to sign stuff for fans, nice. 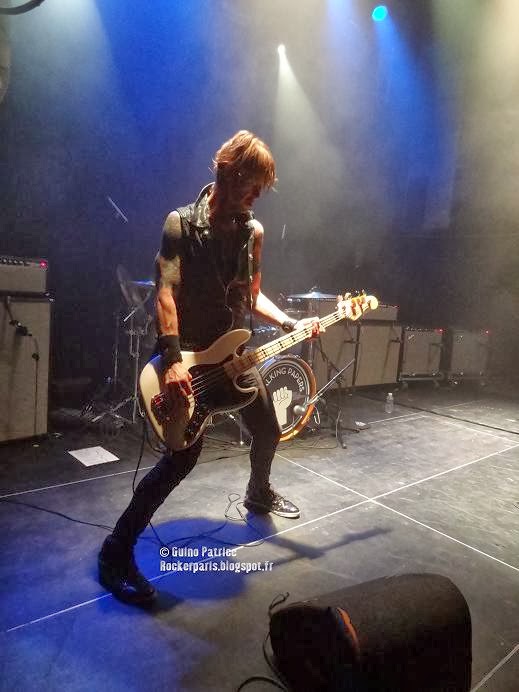 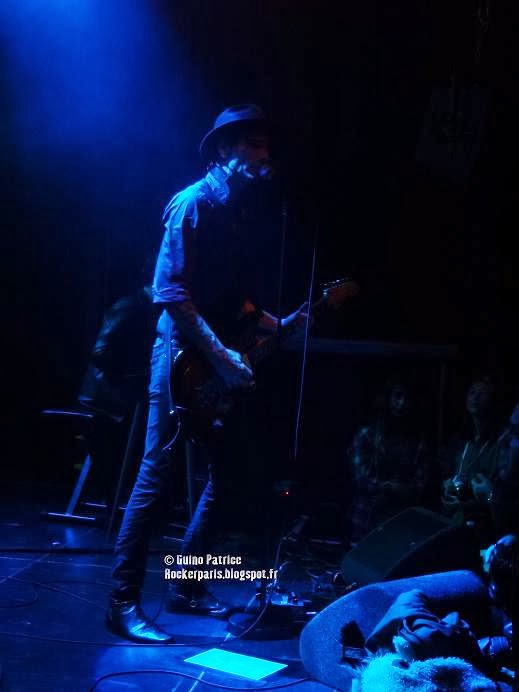 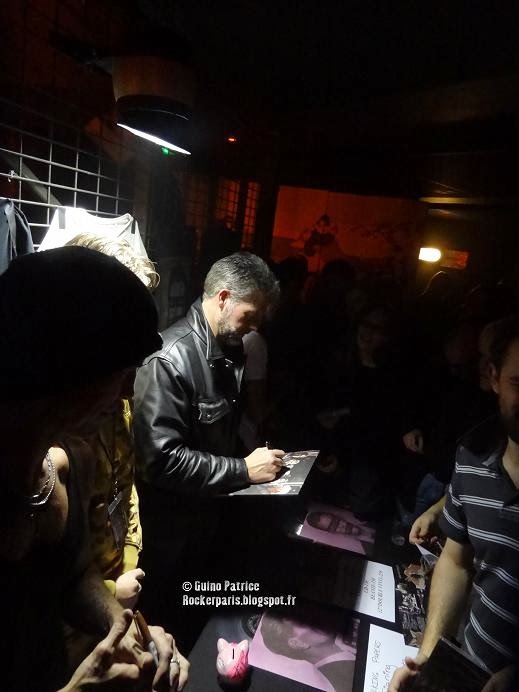