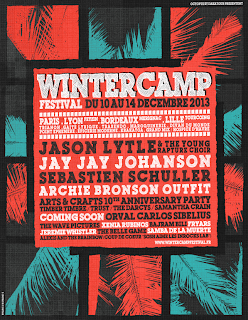 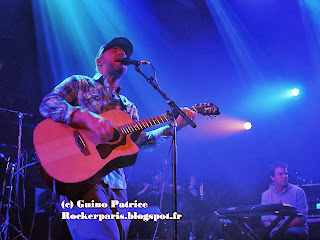 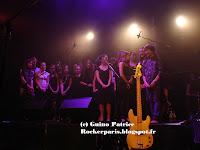 Jason Lytle from Grandaddy fame is in Paris to promote his second solo album "Dept of Disappearance" released last year. It is the last day of the Winter Camp Festival and this show is a special project. 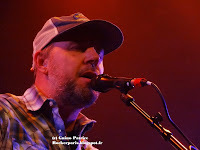 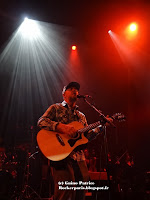 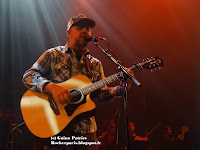 Jason is alone on the acoustic guitar + a drummer, bass player, 2 piano players, a classical quartet (cello, violins & Oboe) and the teacher of the school class on elecric guitar; and of course a choir of kids.
They have done a couple of shows last year after contacting Jason Lytle. Tonight the whole band is playing re-orchestrated songs from Jason Lytle solo album and a couple of Grandaddy's with some classical arrangements.
It's just amazing, the choir with 20+ kids is singing some of the verses on each song, they know all the lyrics and everything including the young  musicians is faultless. Which probably took sleepless nights and a LOT of work but it's worth it.
The result is amazing and the audience, with probably many parents attending welcome them to rousing applause.
Probably the most moving show we've attended this year enhanced by some classical arrangements to to the beautiful songs of Jason Lytle.
setlist and video below
Here's a great version of "He's simple, he's dumb, he's the pilot" (from Grandaddy The Sopthware slump" album) recorded that night. 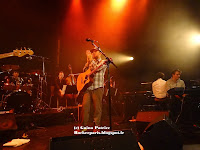 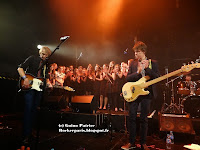 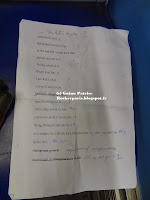