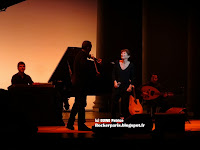 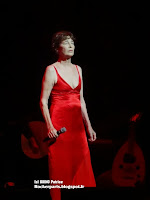 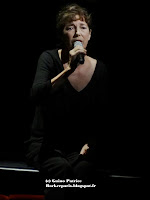 We had a very busy day but we could secure some time off to see Jane Birkin playing a one-off concert @ the beautiful Théatre du Chatelet.
Not sold-out so we have a great seat on the left, French actress Isabelle Huppert is not too far from us. 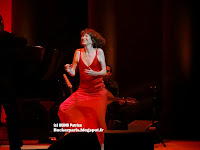 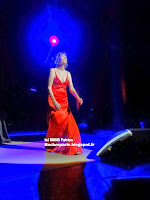 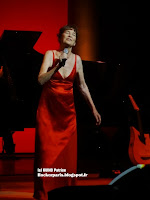 The show started very slowly with jane, all dressed in black, singing a few songs with just a piano player then the musicians came in for a 90 min set of mainly re-orchestrated Serge Gainsbourg songs. She's playing the "Arabesques" show with Arabic musical arrangements.
She left the stage once, the band played an instrumental, to come back with this beautiful red dress.
Between songs there were a couple of times too much talking, she explained us how the "Arabesques" shows came out and she took a few minutes to introduce the musicians which is a good thing but who gives a shit to know who is the manager, the lightman, the soundman and so on...also had a bit with Amnesty International for a petition... would have prefer less talking and two more songs...
We had songs from "Melody Nelson" and songs Serge Gainsbourg wrote for her or some other singers, show ended with "la javanaise".
Overall good show. 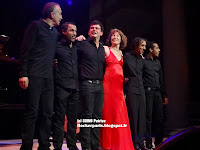 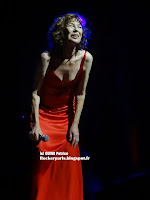 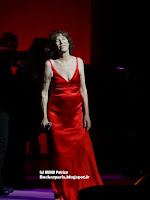