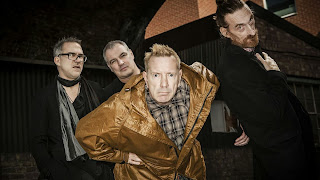 P.I.L have reformed and are performing their first show in France, when was the last one ?, @ Cité de la Musique, It's sold-out but you can watch it comfortably seated at home as it is broadcasted live on arte tv web.
Buzzcocks are performing tomorrow. 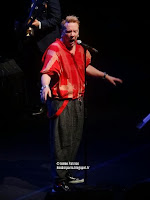 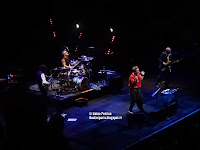 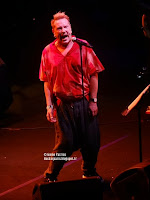 No support band, lots of people still having a drink outside when the band is taking the stage just past 8:00pm.
There's a huge PIL backdrop, John Lydon is center stage still doing some very funny faces all along the show with useless valet Rambo standing up by the side of the stage for the whole show.
It might be a PUNK show to go with the Punk exhibition, that we visited last week for the opening, there are lots of security telling you not to sit down on the stairs, you're not allowed to take pictures and John Lydon doesn't want to see anyone seating down on each side of the stage and behind even on the balcony. Call it Punk ?!? 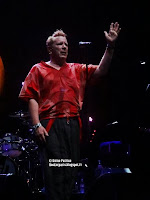 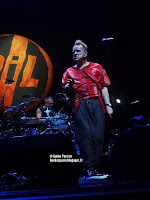 PIL music is really not our drug of choice, most of the songs sound a bit the same, many of them are very "dance" songs , really not our stuff.
John is cleaning his throat with some alcohol between each song and spitting it out in a plastic basin and blowing his nose on the floor all the time: really gross.
Most of the people seem to be really into it shaking their head in rhythm, not us
Average show. 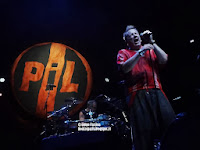 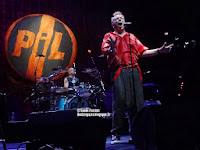 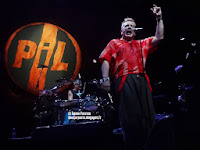 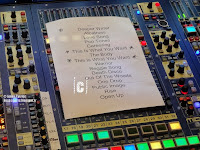 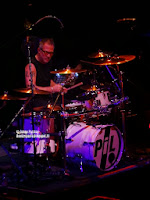 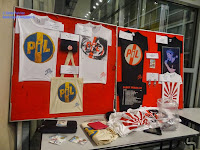