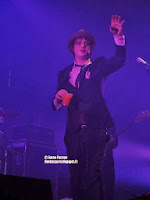 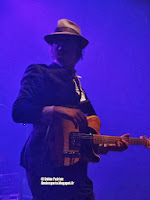 After playing a 30 min show, the first one in many years @ République in Paris in July, BABYSHAMBLES  are back in Paris for a proper show @ Zénith.
It's a small Zénith and it's far from being full, We'd rather not mention the French band that we saw opening just before, I guess I'm too old for that crap. 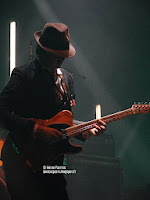 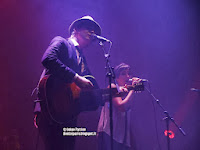 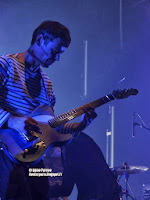 Long intermission, too long but beautiful backdrop ( It's the artwork for the new album). The more we listen to the new album , the more we like it. Maybe not as rock as the previous one with a bit of reggae, a bit of cabaret, some slower songs... but great songs ( Fireman, Nothing comes..., Maybelline...) 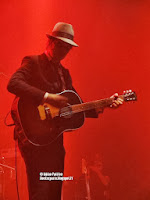 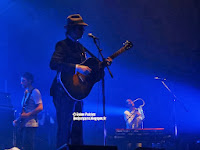 Straight from the beginning we can notice that Peter is wasted ( as usual) and not respecting the original setlist as they're starting the gig with a kick ass version of "Pipedown, then "Delivery" and new single "Nothing comes..." Great start as we have 3 great songs.
Unfortunately it won't last long, there are always talks between songs to see what's next and Peter seems to do what he pleases with the band trying to follow him.
Sometimes it's sounding more like a public rehearsals than a proper concert.
Then we have an acoustic part with Peter alone on stage, I guess I was attending a Babyshambles' gig ?!
We even have one of the dancing girl singing one song with him ! What the Fuck !!!
Is it Peter & Co or Babyshambles ? 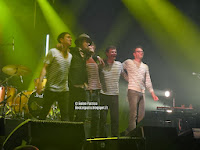 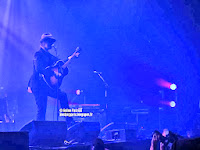 After attending their comeback show @ Republique, where the band was really tight I was expecting a better gig than this one, Hoped the band would be tighter, I guess we can put the blame on Peter's attitude.Too bad.
Did we really need to hear "La Marseillaise" or "Les Copains d'abord"?
A good 90 min show but a bit disappointed.
SETLIST:
Pipedown
Delivery
Nothing Comes To Nothing
Fall From Grace
Farmer's Daughter
The Man Who Came to Stay
Beg, Steal or Borrow
Killamangiro
Unknown
What A Waster
UnBiloTitled
There She Goes
I Wish
Seven Shades of Nothing
8 Dead Boys
Encore:
For Lovers
La Marseillaise
Les Copains d'abord
Albion
Twist And Shout
Fireman
Fuck Forever 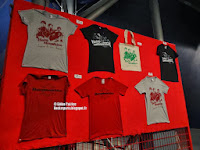 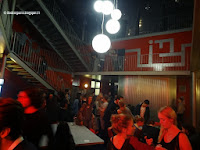 
Please visit our FACEBOOK page and get registered !
it's updated daily