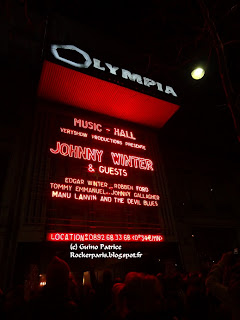 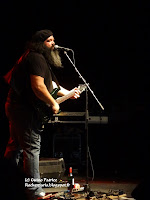 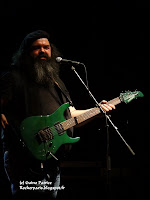 It was supposed to be a double bill concert featuring Johnny Winter & ALVIN LEE, unfortunately Alvin died a few weeks ago so the promoter turned it into a tribute show with Johnny Winter headlining and adding a few guests.
We arrived too late to see Tommy Emmanuel, gigs @ the Olympia are starting very early on sundays.
Johnny Gallagher was already on stage when we made our way into a packed Olympia. Hard to find anyone below 50.
Cool set with a nice Joe South/Jimi Hendrix cover of "Hey Joe" with Johnny singing through the microphone of his acoustic guitar, that was stuck to his mouth, interesting ! 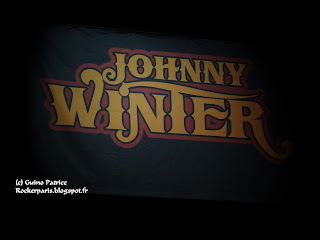 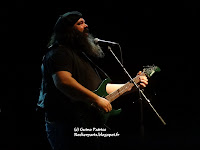 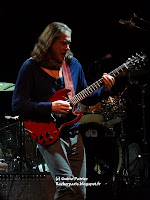 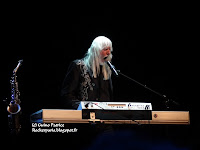 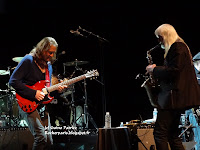 Intermission with Manu Lanvin & the blue devils in the lobby of the Olympia but we perferred to stay down the front in the main hall to get a good spot as Johnny Winter is sitting down to play the guitar.

From what I can remember Edgar Winter started to sing a song (Here's the video, That is NOT on the setlist) with JW's band, then Robben Ford joined for one song, (click for video) Edgar introduced his brother but a roadie came to the rescue by introducing JW's band which played a song before Johnny Winter walked carefully to his microphone, standing up for the first song then sitting down for the rest of the gig.
That was a "Guitar Night", Johnny might be very freil but he can still deliver his share of neat guitar licks. Lots of cover are played (Stones , Ray Charles, blues standards... see setlist below for details).
Hard to see Johnny's face at all for the whole set with his cow-boy's hat on his head but I guess the bright light might be a problem. Edgar Winter remained on stage for most of the gig playing saxophone or piano. Robben Ford was invited back on stage for a couple of songs.
Each song was played with extended guitar soli, real pleasure to see Johnny in such good spirit even though he's not talking that much betwen songs.

The uptempo long version of The Stones' "Jumping Jack Flash" being the hightlight of the show.
For the encore and the last two songs Johnny took his old guitar and we had some crazy slide.
GREAT SET ! 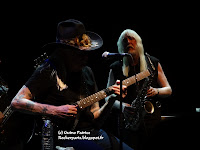 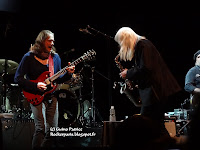 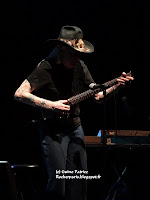 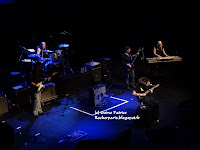 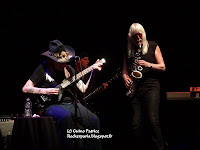 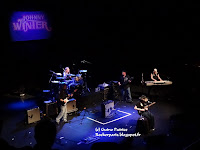 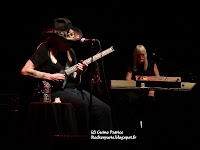 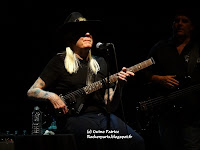 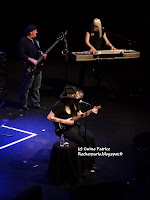