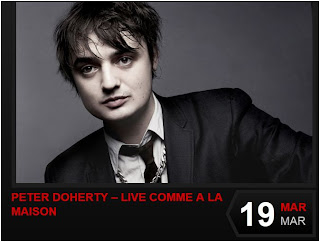 
Another show in Paris for Peter Doherty, he played two sold-out shows @ Maroquinerie last month, he was supposed to play on friday night at the Truskel bar but it was cancelled at the last minute.
Not a lot of people tonight, i guess there was not a lot of publicity for this one.
Anyway first on stage is a french kid playing a few songs on acoustic guitar: he sings , he plays and acts like Pete, not bad but he should get a personality.
Then we have another guy on acoustic guitar: John Mitchell, it's much better and he's doing a very nice cover of Paul McCartney's "Jenny Wren", first time ever that I'm hearing someone's doing this song live.
Next on stage is Alan Wass for a very good acoustic set, Peter is joining in for the last song then Alan is leaving the stage to Peter.He has barely played for 10 min that he's "threatening" to leave the stage as he hasn't being paid yet by the club and wants things to be settled immediately.
He's asking how much we've been charged and is surprised to hear 15 euros as the club told him they were charging only 10 euros. At the end of a song ( watch video below) with the help of Alan they're selling their single from the stage for 5 euros which was funny. Then the gig resume with Pete talking several times about the fact that he has received no money and can't keep on playing unless he's paid.
Tonight there is a girl on violin for the whole set, he's playing a few well known songs and new ones (see video below). He's in good spirit and is jammin' a lot on the acoustic guitar sometimes several minutes without singing.
In the end he played a longer set than expected considering what happened,  he was on stage at 11:05 and left past 12:20. 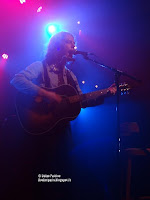 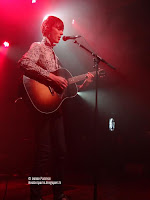 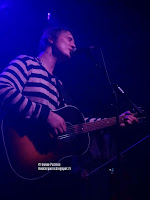 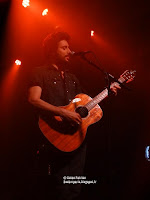 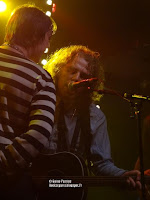 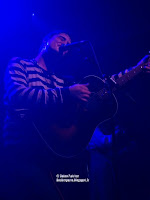