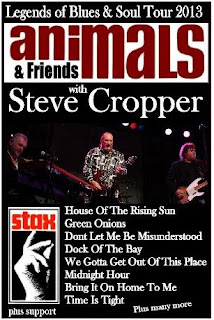 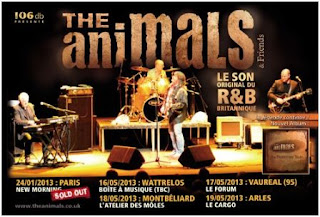 Lots of people tonight at the tiny New Morning Club, in fact it was SOLD-OUT a few weeks ago. I gues most people are here to see STAX legend Steve Cropper.
First we have a band playing some original material, not bad.

After a short break we  have The Animals... well, hard to call them the Animals as there is only the drummer (John Steel) from the original band and a keyboard player (Mickey Gallagher) who played one year with them.
In fact it's more an honest cover band playing blues (John Lee Hooker's "Dimples" & "Boom Boom") and Animals songs (see setlist for details).
Then the 'plat de resistance' with legendary STAX guitar player, co-writer of many STAX hits with Otis Redding, Eddie Floyd and Booker T & The MGs, Blues Brothers man STEVE CROPPER.
Unfortunately he probably drank too much Whiskey before getting on stage, each song is introduced with a very loooong anecdote which is getting on people's nerves who'd  rather see him playing than talking, he's also singing his songs ( see setlist for details) and he's not a great singer so...

I guess I was expecting a bit more than a cover band and some on and on talking...
Very average gig !

See our reviews of Past BLUES BROTHERS gigs in France:
With Eddie Floyd @ Olympia in 2008
@ Enghien les Bains in 2011 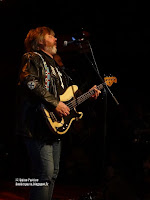 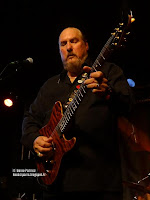 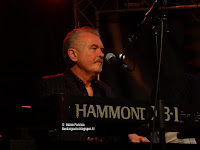 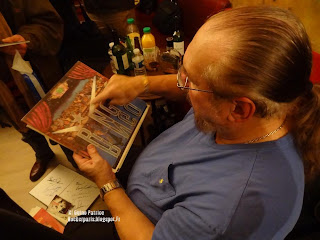 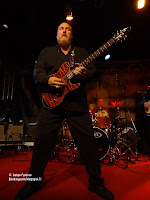 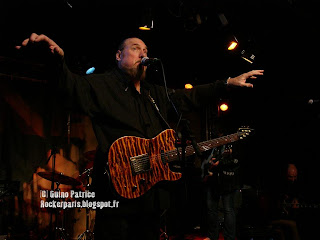 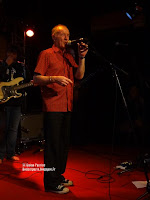