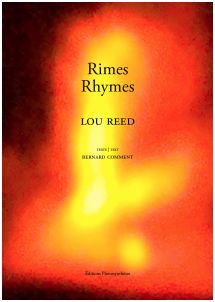 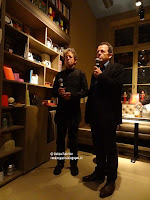 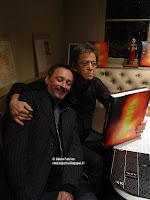 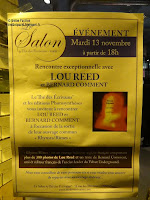 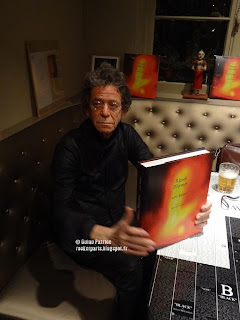 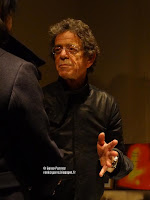 After the reading @ Palais de Tokyo yesterday night Lou Reed is still in Paris promoting his new photo-book, this time at Thé des Ecrivains, very nice place in the trendy Marais, you can buy books and other stuff but you can also have a coffee or a glas of wine.
No reading tonight , just a short introduction and then Lou is signing his book to a well behaved crowd of fans. Some people also bring some vinyls and he signed probably for the first time ever a box set of the record he did with METALLICA : Lulu as nobody bought that crap but...me !!!