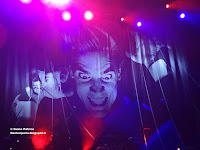 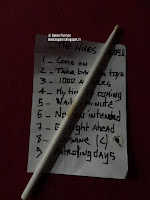 The Hives are back in Paris, for a private show @ canal+, just a few months after playing a kick ass gig @ Gaité Lyrique in May 2012


All dressed in Tuxedos and playing new songs only (except for one ), The Hives are still kicking ass, even though the singer is acting as usual you can see that he's trying to make sure the vocals are the best possible even when he's jumping up and down and swinging the mike as it's a TV recording.
It's not an usual gig so you cannot feel the power of the audience pushing the band or it it because the new songs are bit less good than the old ones.
Good set but it could have been a bit better.