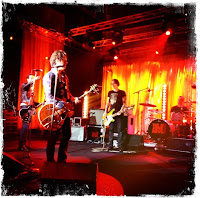 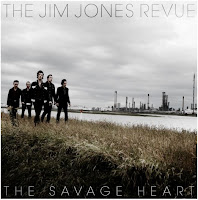 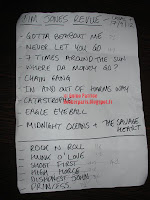 The Jim Jones Revue are back with a new album and they're playing a few songs from it @ canal+ TV show, from what we've heard tonight most of the songs are more quiet if I can say so...more "classic rock" 70's era à la Alice Cooper.

They came back for a second set and played some of the old stuff that is much more heavy, a cover and they replayed a couple of the heavier new songs from the first set.
It was as if the concert really started for the second set with some of the vintage boogie-rock the band has always played.
I guess some people might be disappointed by some of the new songs, the band is aging I mean... you can't scream and jump like a maniac all the time, but they're aging well.
Publié par Angelo Misterioso à l'adresse 10:12:00 AM