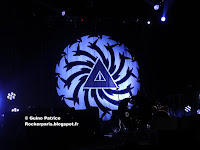 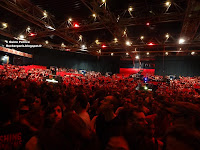 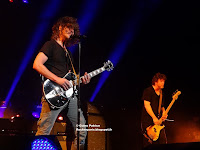 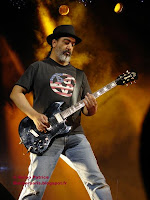 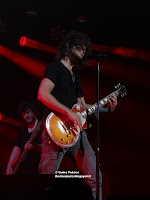 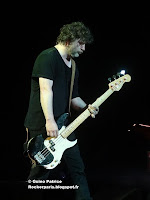 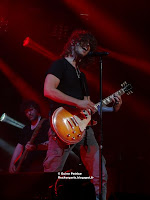 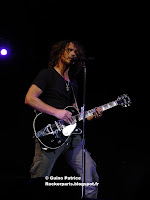 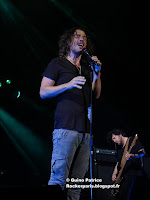 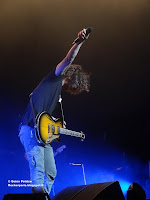 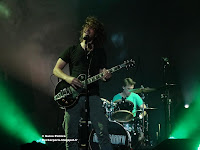 This is the first show for Soundgarden in Paris in 15 years, last show was at the very same place on Oct 09 1996 (with Moby opening).
This is one of the very few indoor show on this European Tour as the band is playing Festivals.
It's hot as hell and It's far from being full tonight with lots of empty seats in the stalls, lots of room in the back of the pit and even in the front rows there's enough space.
It's a small capacity Zénith so there's probably no more than 4000 people. 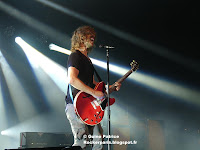 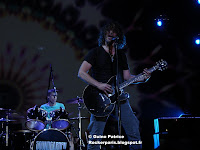 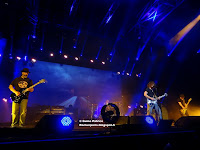 First on stage is The Gaslight Anthem, an American "Punk" band, but they do sound like a good old fashioned pop-rock band, enjoyable: not good not bad. 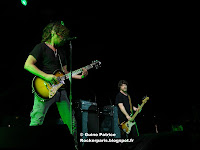 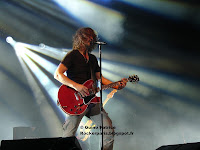 It's 9:00pm sharp when Soundgarden is taking the stage one by one, they have changed...well not that much in 15 years.
No big production tonight, a clean stage, a powerful and bright lightshow and a backdrop with different images all along the show. It's a well-oiled show that is running smoothly with a band on auto-pilot 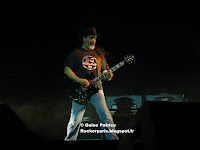 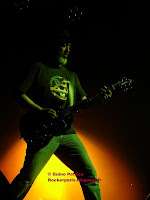 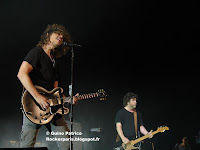 It's a trip back into Soundgarden's history as they're playing songs from all their albums including many old ones (see setlist below for details).
They're playing the hits, some more obscure songs and brand new single "Live to Rise".
If you're a soundgarden maniac it's a dream come true setlist. 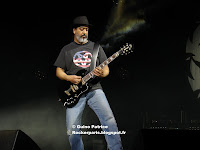 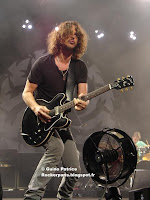 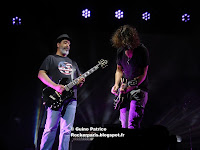 From where we are standing, down the front, we have a good sound (we have earplugs) but all my friends told me that the sound was very bad, I've noticed a few larsens, that can happened,but the overall sensation of the audience was that it was too loud and that it sounded horrible.
Chris , even though he has a good voice is sometimes singing off key but we're used to that.
Overall good 2 hour show but it could have been better with a bit more passion from the band and a good sound.
Chris Cornell will be back in Paris shortly with a solo acoustic show @ Trianon on June 22. 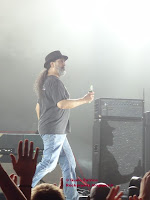 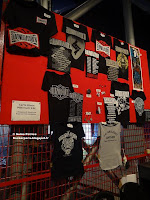 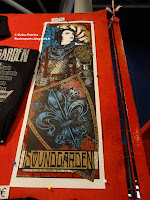 I've been told that Lars & Kirk from Metallica were in the audience tonight
Publié par Angelo Misterioso à l'adresse 1:00:00 AM