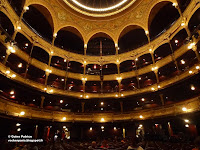 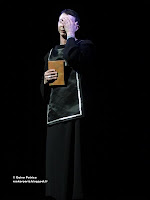 Pop-Rock version of the Monterverdi opera @ Théatre du Chatelet , one of the most beautiful théatre in Paris where we've been many times. We saw Marianne Faithfull with Wayne Kramer, Yoko Ono, Muse, Woody Allen and a few others...

The play began with the most awful way : some rappers saying a lot of "Fuck this... Fuck That..." Ridiculous ! and French singer-actor on a motorcycle "singing" in English...even more ridiculous !
Specially when you know that even when he's speaking or singing in French , he's hard to understand, so imagine in English ! And he's speaking English as good as I would be speaking Chinese after two months classes.
What the hell is he doing here ? They couldn't get an English actor ? 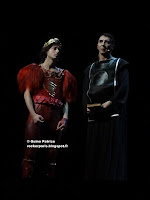 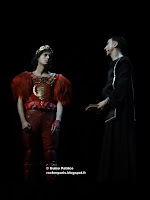 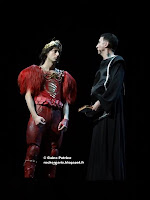 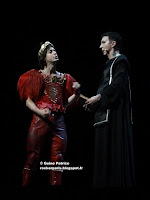 There is a band with 3 musicians on each side of the stage down the front that is playing live musical parts.
They do have some nice costumes and some videos effects done live that are quite good.Carl Barât & Marc Almond are not actors and you can see/feel it but they're doing OK.
The girls are the best: the acting and the singing are perfect.

After such a ridiculous start, Monteverdi might be turning into his grave, it's hard to really get into the play and not feeling uncomfortable for the actors probably wondering what the hell they are doing here!
For the most of the time we have the feeling that we're attending a School end of year party.
First part is lasting an hour and after a 20 minute intermission the cast is back for the second part (30 minutes long) that is much better. 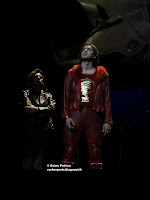 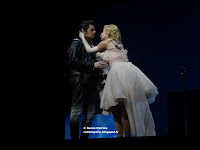 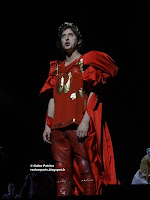 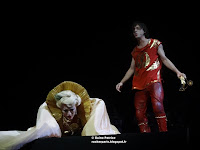 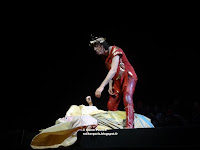 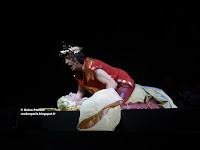 Valerie Gabail as Poppée with Carl Barât trying to strangle her (or fuck her , we still haven't figure it out)

We have mixed feelings, I never understood why people wanna do rock versions of Opéra, most of the time its a failure.
This one is average, too bad that the beginning of the play is so awful as the play is getting better in the end.

They're playing until June 07 and if you get your ticket at the box office you can get cheap tickets starting at 10 euros, so it's probably worth it but paying 80 euros for that : no way ! 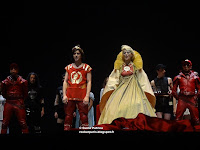 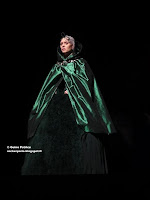 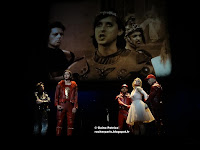 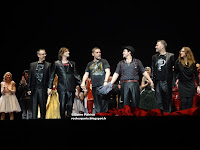 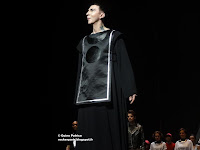 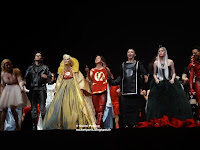